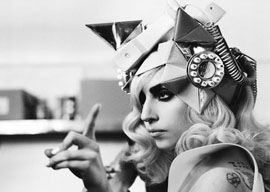 I don”t care that Mel Gibson lost it a little.  He is still one of the best actors in a generation – And I would rather have dinner with him than Sean Penn any day.

If they make my next laptop computer any smaller, I am going to need smaller hands.

I met a guy the other day with a Bachelor’s degree who could not put two coherent thoughts together on paper.  Is it just me, or is the bar in education getting lower and lower?

HBO’s True Blood is weirder every season – unbearably so.

The older I get, the more and more I want to go back and punch my high school guidance counselor.

Pirates of the Caribbean is doing a part 4.  That might be one too many.

If I had to be poor in any country on earth – I would pick America.  Or, Switzerland.  Switzerland is nice too.

Before my BlackBerry, I am not sure how I lived.

I wish the American proletariat would read more – travel more too.

Lady Ga Ga is completely weird.  And it makes me crazy that I love her music.

I wish everyone would stop telling me how to eat – including the government.

I find myself amazed at the writing of Cormac McCarthy.  In my opinion, his older works are his best.

I am glad Ben Affleck is no longer a professional joke.

Watching clips from a Senate hearing the other day made me shake my head – I still can”t believe Al Franken got elected to the Senate.

I think it’s hilarious that Newsweek sold for $1.  My couch could have bid for it.

How I Met Your Mother is hilarious.  But, I wish Marshall was not the only virtuous character on the show.

We don”t dress well anymore.  People in pictures, in the soup lines of the Great Depression, look better dressed than most people do now.

I hope that Harry Reid has more of a backbone in private, than he looks like he does in public.

How can I possibly have five email accounts, and use all of them?

What did I drink before bottled water was popularized?  Tap water?  I can”t imagine having to drink that stuff again.

I wish Thomas Sowell and Clint Eastwood had another 30 years of their prime left in them – Taki Theodoracopulos too.