The Persistence of Bourgeois Radicalism 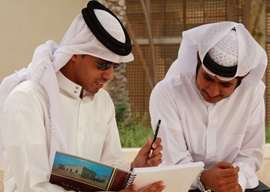 When searching for Islamic terrorists in England, avoid the mosques and head straight to the universities. Most of Britain’s homegrown terrorists get the all-important leg-up to “exploding beardie” status at the nation’s supposedly secular universities. Prime Minister David Cameron reluctantly recognized as much earlier this year when he talked about stopping terrorist groups from recruiting Muslims in universities.

The universities are none too pleased with being placed on a par with al-Qaeda training camps in the Yemen Desert, but the circumstantial evidence is overwhelming. As Professor Anthony Glees, director of the Centre for Security and Intelligence Studies at the University of Buckingham, pointed out in The Daily Telegraph, virtually every major Islamist terrorist attack in Britain has been led by university students or recent graduates.

“Becoming ‘radicalized’—whether your bearded prophet happens to be Marx or Muhammad—is essentially code for having too much time on your hands and a sense of smug entitlement.”

But rather than admit they have a problem, university authorities prefer warm, soft, comfortable denial. Two years ago, Umar Farouk Abdulmutallab, a recent graduate from University College London, was arrested for attempting to use his explosive underwear to blow up an American passenger jet with 289 people on board. UCL went through the motions of an internal inquiry and reassuringly concluded, “there was no evidence to suggest either that Umar Farouk Abdulmutallab was radicalised while a student at UCL, or that conditions at UCL during that time or subsequently were conducive to the radicalisation of students.”

The known facts paint a different picture. Abdulmutallab was president of the school’s Islamic Society from 2006-07. During this time the group honed their theological skills via martial-arts training, paintballing, and attending juicy-sounding lectures such as “Jihad v Terrorism.” Given his subsequent attempt to blow up an airplane with his underpants, all these activities were clear evidence that UCL had a bad apple in their midst. Unfortunately for the university pollyannas, Abdulmutallab was no one-off. Since 2006, at least four presidents of London student Islamic societies have faced terrorist charges.

After researching Hezbollah martyrs, economist Alan Krueger concluded that “terrorists tend to be drawn from well-educated, middle-class or high income families.” This pattern seems to hold good in other studies, and it was certainly true in the case of Abdulmutallab, who comes from a privileged Nigerian background.

There’s no intrinsic reason why having more money should make someone more likely to be a terrorist. Rather, it is the correlation between middle-class or high-income families and full-time higher education. As anyone who has been a university student in the UK in the last 40 years can testify, campus life is inherently radicalizing.