The Person Behind the Door 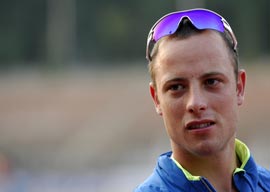 The verdicts in the case of Oscar Pistorius, and the reasoning behind them, seem to me curious. Either Pistorius was guilty of murdering his girlfriend or he was guilty of nothing.

I don”t know whether there is anyone who needs to be told who Pistorius is. His surname makes him sound like a terribly boring Dutch legal theorist of the 17th century, but in fact he is a South African athlete with no legs who, in front of huge crowds, runs very fast on sophisticated blades attached to his stumps. In 2013 he shot his glamorous-model girlfriend dead through the door of a toilet. She had been staying the night with him and he claimed afterward to have mistaken her for an intruder.

For what it is worth, I do not believe for a minute that Pistorius ever thought that the person in the lavatory was an intruder. It was said by witnesses and by the trial judge that it was plausible that he believed the person behind the door was an intruder because that was what he said from the very beginning, from the moment he came into contact with anyone after the killing. But that is absurd: It would take any reasonable murderer but a fraction of a second to think up such a story, so his consistency in this respect goes to prove nothing.

I think it is overwhelmingly more likely that the couple had had a serious quarrel (probably occasioned by his jealousy), that she took refuge in the lavatory, and that he shot her in an Othello-like rage. But what I think is not evidence.

“The appeals-court judge said that the case was a tragedy of Shakespearean proportions. I think he was right.”

The original trial judge entertained the possibility that Pistorius did not know that it was his girlfriend behind the door. The finding of guilt in criminal cases requires that the accusation be made out beyond reasonable doubt, and the judge clearly thought that her doubt was reasonable. Therefore she acquitted him of murder.

But equally clearly she did not want to acquit him of everything and thereby let him go free as he manifestly did not deserve, since he was guilty of something, and so she found him guilty of culpable homicide instead of murder, as if truth were a golden mean between opposing falsehoods. She sentenced him to five years” imprisonment, which in modern jurisprudence hardly ever means what it appears to mean to the ignorant and dupable layman.

The finding of the appeals court seems to me to have been unreasonable. The court held that, in law, self-defense could only be argued where there was objective evidence that the accused was actually in danger. But let us suppose, ex hypothesi (as the court was obliged in law to accept), that Pistorius really did think the person behind the door was an intruder: What could he have supposed the intruder had intruded for? It would not have been a social visit”it must have been for some criminal purpose. And a very high percentage of intruders into houses in South Africa are armed; the murder rate there is very high. Moreover, Pistorius did not have his prostheses on and would therefore have been particularly vulnerable and unable to take avoiding action.

So if it was possible that Pistorius really thought there was an intruder, it was reasonable for him to think that his life was in danger. This was not a gentlemen of France, fire first kind of situation. It was held against him that he fired four bullets through the door, which, as a trained gunman, he must have known were likely to kill the person behind the door. But it is unreasonable to expect him to have fired at an unknown intruder whom he had good general cause to believe was armed, and whom he could not see, other than to kill: For if he did not kill him, the intruder might have killed him. It would have been absurd for him to shoot one bullet and then open the door to see whether the intruder was incapacitated, and if he were not, to shoot him again until he was incapacitated.