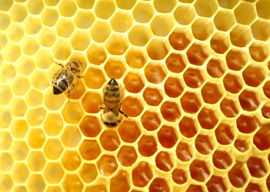 Why is it that adultery can ruin a man’s career but rarely a woman’s, at least in so-called civilized countries? (In Saudi Arabia an adulterous woman is stoned to death.) An American diplomat slated to become the next ambassador to Iraq, Brett McGurk, lost his chance because of an affair with a reporter who is now his wife. Why is it suddenly criminal to sleep with the opposite sex? Gays the world over must be over the moon. Why are government officials stewards of the public trust, including what they do in the bedroom?

Poor Petraeus. A lifetime of public service went down the drain for knocking off a leggy social climber. Dwight Eisenhower did it with his female driver. Kennedy did it daily while president. Warren Harding and Grover Cleveland were also philanderers, the latter fathering a child outside marriage while in the White House. Bill Clinton does not rate a mention because his women were such slobs, and that includes Hillary. General Patton was a fabled womanizer, as hard-charging tank commanders tend to be, except for Erwin Rommel, whose uxorious behavior contradicted his aggressive tactics while leading the greatest fighting unit ever—the 25th Panzer Regiment of the 7th Panzer Division.

“Why is it suddenly criminal to sleep with the opposite sex?”

There was no crime or breach of security in the Petraeus affair, hence no hint of blackmail. So why resign? His wife’s ancestors were generals in the Civil War, and those guys got quite a bit back then when away from home. The Spartans even openly borrowed older men’s wives in order to give them children and produce strong warriors. Lycurgus, the Spartan lawgiver, had a high opinion of this practice and called it an act of liberality, laughing at those who thought the violation of their bed was an intolerable affront. Lycurgus had a high opinion of any old man who had a young wife and recommended an agreeable young man with whom she might have a child. The English upper classes still follow this practice, and it was one of the reasons I moved to Britain back in the 60s. The on dit is that half the Lambtons are Freuds and none of the Tennants are Tennants—which might not be such a bad thing in view of the horror that was Colin Tennant—and everyone knows that Lady Diana Cooper was someone else’s, as is Lady Cosima Somerset, whose daughter Romy is my godchild. But at the end no one really gives a damn, except for the press and the media who have nothing else to talk about here in the Land of the Depraved.

The greatest Greek sleuth ever, Taki, thinks the neocons set Petraeus up once he called Israel a liability in the Middle East. The irony is that “General Order No. 1” prohibits troops from fraternization, all sex, alcohol consumption, pornography, and generally all activities that might make the boredom of service more bearable. The military code of conduct varies with countries, but it’s a general rule that one does not commit adultery with a brother officer’s wife. So why is Prince Charles still in business? He cuckolded Andrew Parker Bowles, who probably got a promotion as a result, which goes to show it depends who does the deed, not the deed itself.