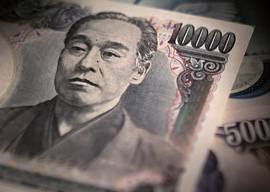 The massive 9.0 earthquake and subsequent tsunami in northern Japan will be a game-changer. Both negatively and positively, the reverberations will be felt across all continents.

Japan has been in a recession for twenty years. Some commentators have called them the Lost Decades. Patrick Buchanan addressed this issue last week in TM. The proximate cause was a real-estate bubble in the 1980s. Sound familiar? It is probable that the US is headed for its own Lost Decades featuring artificially low interest rates and no growth. Since the 1980s ended, China and other parts of East Asia have rushed to the forefront economically. But in terms of technology, Japan still remains a very important and unique asset to humanity. Ergo, it is a good bet that planet Earth is going to be dramatically impacted by Japan’s tragedy.

My guess is that this means an uptick in worldwide inflation, especially in the US. Technological items will cost more: computers, automobiles, and especially cameras. The yen’s value is making a curiously counterintuitive surge. Although a significant area of Japan has been almost obliterated, Japan’s currency is on the rise. According to a March 16 report in Financial Times, Japan will need “to sell foreign assets and bring money home for reconstruction efforts following its earthquake and tsunami.”

“Globalization is a great thing for the consumer except when it’s not.”

The major international insurance and reinsurance companies will need to purchase yen to pay for local labor and materials to rebuild what has been destroyed. With the yen becoming more valuable and the production of high-quality goods interrupted due to power shortages, aftershocks, and still undetermined levels of radiation, Japanese export prices will trend higher. Perhaps more production will shift to China in the long run. China could be a major beneficiary”especially if Japan comes to be viewed as a radioactive earthquake zone.

Chancellor Angela Merkel has temporarily shut down seven of Germany’s 17 nuclear reactors in a knee-jerk response to the Japanese emergency. A decade ago Germany decided to go nuclear-free by 2020, based upon the apparent fact that German reactors are not quake-proof. The US long ago turned its back on nuclear energy. No nuclear power plants have opened in the US since 1996.