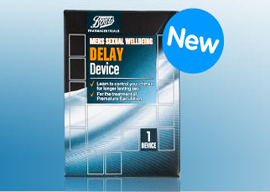 When the modern-day eminences grises in grey suits from St. James’s gave the nod of approval to William and Kate’s marriage, only the most hardened cynics were heard groaning in Old England’s republican boroughs”them and the Bishop of Willesden, that worthy prelate who had censured the royal family as “philanderers.” On this the church is clearly divided, the Archbishop of Canterbury referring to the marriage as a symbol of hope.

The grey suits’ role in recent royal weddings has been woefully inept both in terms of judgment and advice, representing a shameful dereliction of duty. Quite what these feckless Fellows were thinking as they trawled through Burke’s and Debrett’s for a suitable bride is anyone’s guess. Perhaps these happy volumes have been put aside now that HELLO! magazine is on hand to replace them. In the case of Princess Diana, born at Park House, a stone’s throw from Sandringham, everyone in Norfolk had lived through her mother’s scandalous affair with Peter Shand Kydd, an affair conducted with such shameless indecorum that even her own mother Baroness Fermoy denounced her daughter as unfit to be a parent. Cherchez la femme! Kate Middleton’s mother, former air hostess Carole, seems a perfect choice by comparison. Merely because she wears shocking clothes and has a brother who takes drugs is neither here nor there; it’s simply representative of modern times.

What do you buy a royal couple who already have enough to buy a country?

When Mark Antony married Cleopatra in 36 BC, he gifted her much of the Middle East, Egypt, Syria, Cyprus, and Crete. As part of Catherine of Braganza’s dowry in 1661, Charles II of England was presented with the North African town of Tangiers, while King Tut’s wife Ankhesenamun gave her husband the Little Golden Shrine, a fabulous series of panels depicting the royal couple in domestic scenes which ultimately accompanied Tut to his tomb.

Money and jewels never go out of style. When Washington Post owner Ned McLean married Evalyn Walsh, he famously gave her the “Star of the East” diamond necklace, 94.8 carats of diamond supported by a 34.5-carat emerald. Tom Cruise, the people’s prince and heir to the throne of Lilliput, bought Katie Holmes a Fred Leighton oval-shaped diamond ring worth $275,000 for their engagement. Now it is rumored that a group of Saudi Arabian billionaires are trying to buy William and Kate the Rainbow Collection, the world’s finest assortment of colored diamonds, currently the property of Antwerp jeweler Eddy Elzas. A similar rumor was circulating at the time of Prince Charles’s 1981 wedding to Diana.

“What do you buy a royal couple who already have enough to buy a country?”

When Princess Elizabeth married Prince Philip in November 1947, she received many jewelry items from the royal family including the “Girls of Great Britain and Ireland” diamond tiara, still displayed on England’s bank notes, the Cornwall ruby and diamond bracelet, and a breathtaking necklace from the Nizam of Hyderabad. From ordinary well-wishers, they received over 2,500 random presents including 500 cases of tinned pineapple, copious tins of salmon and boxes of crystallized fruits, a refrigerator, 76 handkerchiefs, 148 pairs of stockings, 30 scarves, and 16 nightgowns. Generous maybe, but lacking balance. Even if the royal couple were to share the stockings, 148 pairs seems excessive. It would help if there was a wedding list in Harrods now that the store is once more safe in which to venture.

Today it has become fashionable among the elite to ask that money be given to a charitable cause instead of gifts.

I pride myself on choosing appropriate wedding presents, and as William appears to be a praiseworthy royal compared to the motley collection of also-rans who make up the rest of the family, I was happy to spend part of last weekend dogging out a fitting gift. To that end I pointed my shoes in the direction of my friend Deepak Patel. Patel runs one of the main branches of Boots, the super-conservative High Street chemist chain where I initiated my search. My aim: to find something useful for the royal couple as they start life together. My own parents had a marvelous apparatus on their bedside table called a Goblin Teasmade, an alarm clock and tea maker rolled into one. It always struck me as a perfect way to start the day, and I thought one of these could be just the ticket. Patel, however, was dismissive, almost scathing.