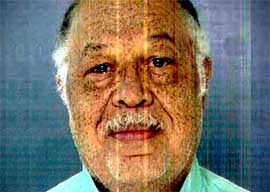 I once read that all societies throughout history were consistent in that they deemed it wrong to kill another human being…but they were wildly inconsistent in how they defined the term “human being.”

Such universal contradictions are compounded by the monotheism under which much of the world’s minds have been yoked for millennia, a strange philosophy that posits a God who says “Thou shalt not kill” yet who kills every creature he creates.

We currently have a culturally dominant and largely atheistic left, who never shut the fuck up about how many people have been killed by religion, Nazis, racists, and guns. Yet they”ll try to shout you into silence if you mention how many people that atheistic communistic egalitarians have killed.

And they don”t dare mention how many people that abortionists have killed, because to them, “personhood” begins at birth rather than conception.

They never tire of trotting out 70-year-old Holocaust pics and century-old lynching pics. Yet through semantic sleight-of-brain, they”ll insist that modern abortion pics are “sensationalistic.”

And I”ve marveled for years at how they openly gloat at the death”either through demographic erosion or straight-up murder”of those with whom they disagree. Apparently Woody Guthrie felt no twinge of conscience about scrawling THIS MACHINE KILLS FASCISTS on his guitar, because to him, fascists were somehow less than human.

“I have news for both sides. Guns and abortions are both only meant to kill.”

Are you following that logic? If so, that makes one of us.

Rare is the individual who doesn”t condone, either actively or by inaction, the killing of others. In one way or another, almost everyone on Earth belongs to the Pro-Death Movement. Those who don”t are either masochistic or naÃ¯ve. Even the misguided policies of super-pacifists will lead to overpopulation and an inevitable natural mass culling of the Earth Herd.

The same media progbots who pooped their diapers at the murder of children in Sandy Hook last November are pooh-poohing the idea that one would dare draw parallels to the case of abortionist Dr. Kermit Gosnell, currently on trial for murder as the result of alleged misdeeds performed at his grisly West Philadelphia “House of Horrors.”

The grand jury report on Gosnell’s Women’s Medical Center is some of the most gruesome “gore porn” you”ll ever read. Approach with caution. I”ll summarize it in the next paragraph, which you can skip if you have a weak stomach.

Over nearly 300 pages, the report tells of a fetid, malodorous, blood-and-feces splattered clinic stocked with rusted, stained, and broken equipment. Of fetal remains stuffed everywhere”in refrigerators, milk jugs, cat-food boxes, and even a bizarre collection of several fetal feet displayed in jars. Of medical-waste-filled boxes leaking blood onto the floor. Of unwashed and contaminated medical instruments spreading disease. Of third-term live births cut short after Gosnell or associates would “snip” them at the neck to “ensure fetal demise.” Of one baby delivered into a toilet and thrashing around so that it appeared to be “swimming,” whereupon it was lifted from the commode and had its neck slit. Of one baby whose weight was estimated at six pounds, whereupon Gosnell reportedly “joked” that it was big enough to “walk me to the bus stop.” Of him also joking as one baby writhed while he slit its neck, “that’s what you call a chicken with its head cut off.”

Dr. Gosnell is a black abortionist. Some have suggested that at first the media gave scant notice to his trial because it involved the tarnishing of two progressive sacred cows”abortion and black people. In a perverse sense, he’s very lucky he wasn”t a white doctor shooting black babies with a gun.

I have news for both sides. Guns and abortions are both only meant to kill. That’s a statement of fact, not a value judgment. I may be the odd bird in the flock here in that I admit I don”t necessarily think killing other humans is always bad. Where I”m the Uber-weirdo is that I see them as all human, despite their morphological or ideological differences from me. If someone were trying to kill me, I”d do my best to squash him or her like a roach without blinking. And since I feel the world already has far too many people, I don”t see anything wrong with aborting many (if not most) fetuses before they plop all wet and slimy into the world and further degrade the ecosystem.