The Profane Is Now Profound 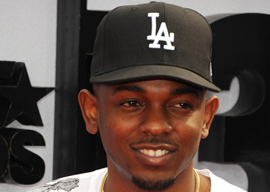 When Eliza Doolittle said “Not bloody likely” at the first performance in 1913 of Bernard Shaw’s play Pygmalion, she created a sensation. Never before had such a word been used on the respectable stage; it was the beginning of a long process of verbal liberation of which we now enjoy the fruits. We can now say what we like, how we like, when we like. The problem, rather, is with what we like.

Most of us would now be more shocked if what used to be known as bad language were not used in a new play than if it were. In a way, this is a reflection of social reality, or at least a part of social reality. I sometimes perform the experiment in crowded streets in England of timing the first use of the word fuck, or one of its forms, that I overhear. If there are people under the age of 60 about, it is rarely more than a few seconds. And in a Parisian cinema recently, I saw trailers for two English films. As e is the most commonly used letter of the alphabet in English, so fucking seemed to be the most commonly used word, at least in qualification of another.

Of course, this is a reflection of only a part of social reality. My friends and I go whole minutes, hours, days, weeks, even months and years without using that word. I have friends of fifty years from whose mouth I have never heard it. But of course, they are unenlightened and their vocabulary is lamentably large.

“Insensate, undirected rage—that is what Mr. Lamar seems to express.”

When a kind informant who keeps up much more closely than do I with developments in the field of cultural vulgarity sent me the news that a man called Kendrick Lamar, of whom I had never previously heard, had won a Pulitzer Prize for his “songs,” and suggested that I look up their lyrics, I was shocked but not surprised. One of the choruses of his songs, apparently, goes:

This is certainly elemental—“Element” is the title of one of his hits. Suffice it to say we are at some distance from Ella Fitzgerald singing Cole Porter. I suppose in the circumstances, we should be grateful for the apostrophe in don’t. (Bernard Shaw, incidentally, was against apostrophes.)

The best that can be said of the words to “Element” is that they are not politically correct. We are as far from sex-neutral pronouns and safe spaces as perhaps it is possible to get. For example, here is the chorus:

It occurred to me that perhaps this was meant ironically or as social criticism, but when you listen to the decerebrate rage with which Mr. Lamar intones these words, it is not easy to believe it. When I listened to Mr. Lamar, indeed, I recalled those cats in physiological laboratories whose higher brain centers had been severed, and whose amygdalae were stimulated with electric currents, reacting with rage directed at nothing in particular. Insensate, undirected rage—that is what Mr. Lamar seems to express.

Perhaps this is to give him too much credit, though. It assumes that his “art” is sincere, and expresses something other than a lust for fame and money. We are never very far from a conspiracy theory, and it occurred to me that this kind of paramusical product is elaborated and marketed to ensure that blacks in America remain where they are—at the bottom of the pile. Certainly to fill your mind with Lamar is to empty it of all that can make life beautiful or even merely interesting.