The Pursuit of Racial Amity 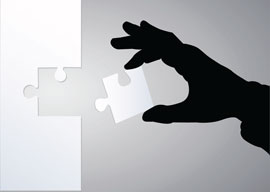 Pondering the smoking ruins of American racial policy, I wonder whether it isn”t time to say publicly what many, if not most, of both races know: It isn”t working. It isn”t going to work. If it were, it would have. If it were working, we would not need the unending laws to force the races together when they don”t want to be together. If people wanted diversity, it would happen without compulsion.

The hope that black and white would mingle amicably if only segregation were dismantled relied on a peculiarly American inattention to life and history and on a belief that people will behave as we want them to instead of how they observably behave. Human nature remains human nature, no matter how hard one holds one’s breath and turns blue.

It is not an easy thing that we try to do. Frequently, far smaller disparities than those between black and white lead to bloody conflict. Catholics and Protestants, Shia and Sunni, Jew and Christian are often virtually indistinguishable, yet they share a history of internecine butchery of each other. Is there anywhere an example of two groups so large and utterly different as blacks and whites successfully merging?

Despite our best imaginings, race is far more than skin deep. The races differ wildly in culture, appearance, attitudes, views of each other, language, musical taste, dress, attitudes toward law, education, family, and the role of government.

Much of what blacks believe about whites is almost psychotic. There are exceptions and degrees, yes, but the centerline remains.

“Maybe a little less togetherness would better preserve the peace.”

Over and over one hears blacks asserting that we whites invented AIDS to kill off blacks, that we put substances in soft drinks to make black men impotent (“Honest, Latanya, them damn white folks put something in my Gatorade.”), and that we flood the ghetto with drugs to destroy black society. We are, blacks repeatedly insist, incorrigible racists determined to hold blacks down. Discrimination, “racial profiling,” police brutality, and “institutional racism” are, they say, the irremediable bedrock of the white soul. The Trayvon Martin case, blacks say, shows that it is open season for whites to kill young black males. Black after black says the only solution is to kill whites.

By contrast, over the last sixty years many whites have seen a desperate attempt to find something”anything”that would raise blacks to the intellectual, cultural, and economic standards of the First World. Nine white men passed Brown v. Board of Education. White federal marshals and white troops enforced the decision. An overwhelmingly white Congress enacted the Civil Rights Acts of the 1960s and still supports the endless welfare programs on which so many blacks depend. We censor ourselves savagely to avoid offending blacks. Even mild criticism of racial behavior is a firing offense.

Nothing is enough. We change the color of Santa, remove the Confederate flag, admit blacks to historically white schools for which they are not remotely qualified, and pay untold millions to settle discrimination suits based on blacks” inability to meet the standards applied to whites. It doesn”t work. The complaints never end.

We have tried desegregation, integration, mixed classrooms, Section Eight, AFDC, Head Start, affirmative action, quotas, Black History Day (or is it Month?), laws against “hate crimes” by whites, outlawing of IQ tests by employers, on and on. It hasn”t worked. Nothing suggests that it will. The chasm appears to be intractable.

What if it isn”t working because it can”t? What do we do?

Note that our racial policy is in a sense anti-black. It is aimed at making blacks into dark-skinned whites who study, talk, act, and think like us”to get them to speak white English, wear suits, and adopt the cultural norms of whites.

Yet there is little evidence that blacks want to turn white. In fact they do much that is intended to maintain, or at any rate has the effect of maintaining, their separateness. Thus Keyshawn and Latoya instead of Robert and Carol. Thus Ebonics: Blacks could learn normal English if they chose, if only by imitating whites on television, but that would make them almost white. (In France and Mexico, for example, blacks speak the national language normally.) Black high-schoolers accuse their fellows who study of “acting white.” Blacks speak contemptuously of Oreos and Uncle Toms.

Whites have no more desire to be black than blacks do to be white. This attachment of each race to its culture makes assimilation impossible.

Things can seem to be working better than they are. Most whites see only bleached blacks, those in business clothes speaking perfect English on television. Few see the huge black urban ghettos, hermetically isolated from the rest of the country. You can spend eight hours in these regions in a police car”I have, many times”and never see a Caucasian face. The ghettos amount to a different country, a different civilization, in distributed enclaves. Assimilation before the heat death of the sun isn”t going to happen.