The Real Existential Threats of 2016 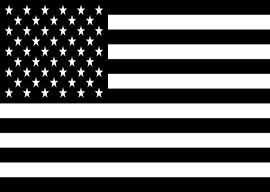 National bankruptcy, then, is among the existential threats to the republic, the prospect that we will find ourselves in the not-too-distant future in the same boat with Greece, Puerto Rico and Illinois.

Yet, we drift toward the falls, with the issue not debated.

Ernest Hemingway reminded us of how nations escape quagmires of debt: “The first panacea for a mismanaged nation is inflation of the currency; the second is war. Both bring a temporary prosperity; both bring a permanent ruin. But both are the refuge of political and economic opportunists.”

“Debauching the currency,” Lenin’s depiction, is the way we will probably destroy the debt monster.

Hemingway’s second option, war, appears to be the preferred option of the war chiefs of the Beltway’s think-tank archipelago, who see in any Putin move in the Baltic or Black Sea casus belli.

“There never was a democracy yet that did not commit suicide.”

What our Cold War leaders kept ever in mind, and our War Party scribblers never learned, is the lesson British historian A. J. P. Taylor discovered from studying the Thirty Years War of 1914-1945:

Another existential threat, if Western man still sees himself as the custodian of the world’s greatest civilization, and one yet worth preserving, is the Third-Worldization of the West.

The threat emanates from two factors: The demographic death of the native-born of all Western nations by century’s end, given their fertility rates, and the seemingly endless invasion of the West from Latin America, Africa, Asia and the Middle East.

Concerning the demographic decline and displacement of Western man by peoples of other creeds, cultures, countries, continents and civilizations, there is an ideological clash within the West.

Some among our elites are rhapsodic at the change. Worshiping at the altars of diversity and equality, they see acquiescing in the invasion of their own countries as a mark of moral superiority.

Angela Merkel speaks for them, or did, up to a while ago.

To those who believe diversity—racial, ethnic, religious, cultural—is to be cherished and embraced, resistance to demographic change in the West is seen as a mark of moral retardation.

Opponents of immigration are hence subjects of abuse—labeled “racists,” “xenophobes,” “fascists,” “Nazis” and other terms of odium in the rich vocabulary of Progressive hatred.

Yet, opposition to the invasion from across the Med and the Rio Grande is not only propelling the Trump movement but generating rightist parties and movements across the Old Continent.

It is hard to see how this crisis resolves itself peacefully.