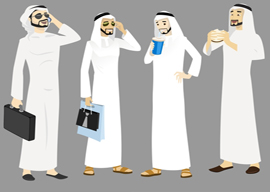 I write this during the weekend that finally saw the end of those two dreadful Chechens who were described by many newspapers”starting with the Times, of course”as typical American teenagers. Why is it that after every outrage, family members and friends of the perpetrators are given space to air their sick views here in the United States? I can”t remember British newspapers, or even the grotesquely lefty BBC, giving equal space to Muslims defending the terrorist attack of 2005, nor any Spanish media allowing defenders of the 2003 outrage in Madrid to soil the airwaves with the usual blah, blah, blah about American imperialism being the real cause of terrorism.

American financial and military involvement in the Middle East and total support of Israel’s occupation of Palestinian lands are the reasons terrorists give for blowing up innocent people minding their own business. But this is not the point of this column. As long as Uncle Sam plays policeman to the world he will suffer the consequences. And as long as our borders are open to Muslims there will be terrorism at home.

“Saudi money pays for madrasas all over the Middle East and the subcontinent. These schools of hate teach only one thing: jihad against the West.”

Incidentally, what were these Chechens doing here anyway? In 2004, the year the younger brother arrived to these shores, Chechen terrorists in Russia murdered over 300 people, nearly half of them children, during a three-day siege. Did we need to give Chechen immigrants priority over, say, Scandinavians? The immigration authorities have as much to answer for as anyone.

If we were to shut down radical Islamist propaganda over the Internet”Uncle Sam listens in on everything so he could do that in a jiffy, and to hell with ACLU”and deport all those who have involved themselves with Islamic hate preachers, presto, you will be reading about terrorism in France and Britain but not over here.

But the real terrorists behind the idiots who either blow themselves up or shoot innocents in public places are our allies the Saudis and Qataris, those nice fat guys in sheets who behead women accused of adultery, execute teenagers for stealing, and having bought much of Europe are now busy trying to make their economic power felt over here. Their first client is none other than Al Gore, who just sold his TV network to Al Jazeera for 500 million big ones. (Don”t worry, Al, the man who stole the first election from you sold out the whole country for less to the Saudis after 9/11.) The big lie is that Al Jazeera is not used as a vehicle by Al-Qaeda and is not hostile to the US, but is a professionally run news channel that has won prominent US journalism prizes. (Some prizes. The fix was on.)