The Real Threat to British Elites 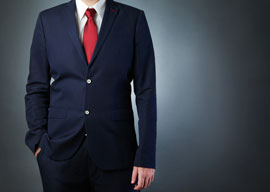 For example, last week the European Parliament secretly voted to retroactively strip French nationalist Marine Le Pen, who won 17.9% of the national vote in the first round of the 2012 presidential election, of parliamentary immunity for comments made during her successful campaign for a law against prostration in the streets of France, opening her to prosecution for “hate speech.”

Similarly, the frequently feckless English police responded to the carnage in Woolwich by arresting social-media users.

British leaders repeatedly swept the Muslim statutory gang-rapist phenomenon under the rug for over a decade. Way back in 2001, Nick Griffin of the British National Party began to point out that Pakistani pimps in Britain were targeting white girls under 16.

It’s most useful to think of this practice not so much as pedophilia”a bizarre fetish”but as economically rational whoremastering. Pakistani pimps focus on recruiting very young postpubescent English girls because they are so naÃ¯ve.

As we’ve seen in recent years, Muslim male-chauvinist cultures that treat females like dirt tend to nurture males who have a knack for living off women’s earnings. Thus, Albanian pimps have come to dominate the European sex-slave trade. And the various Chechen layabouts who have been in the news in America since the Boston bombing have displayed a remarkable gift for getting attractive women to throw their lives away on them.

In the many Pakistani grooming cases in England, Ali G types would convince silly little white girls that they were their boyfriends, provide them with drugs, then browbeat them into proving their love by having sex at a party with all the pimps’ Uncle Jamaals.

The genius of the system is that the pimps don’t pay the girls, not even their room and board. After each party, they dump them back at their moms’ council flats.

Of course. These girls are adolescents, far too young to give consent to being gang-banged.

Feminist Susan Brownmiller’s 1975 bestseller Against Our Will famously argued that “rape is a crime not of lust, but power.” That’s obviously missing much of the point. And yet conquest and rape seem to go together.

It might seem insane that this kind of Bronze Age predatory pattern would work so well in a sophisticated country such as England, but that’s exactly why it worked: Noticing patterns is now derided as “stereotyping.”

Moreover, the highest priority in Europe is to never provide any fodder for right-wing organizations. Thus, a decade ago when a Channel 4 documentary crew working on a snoozer about social workers in Bradford stumbled upon this widespread practice, the police insisted that Channel 4 postpone the documentary because it might help the BNP in upcoming elections. The network complied.

Slowly, very slowly, it has become ever so slightly more respectable to mention this horrific practice. In 2011, former Labour government Home Secretary Jack Straw spoke out gingerly after two pimps were convicted:

Pakistanis, let’s be clear, are not the only people who commit sexual offenses, and overwhelmingly the sex offenders’ wings of prisons are full of white sex offenders. But there is a specific problem which involves Pakistani heritage men…who target vulnerable young white girls.

The former home secretary Jack Straw has been accused of stereotyping Pakistani men in Britain after he accused some of them as regarding white girls as “easy meat” for sexual abuse.

As long ago as 2001, Nick Griffin, the leader of the BNP, was making claims about Asian grooming gangs. In 2004 he repeated these allegations in a speech clandestinely recorded by the BBC for a TV documentary, Secret Agent. He was arrested and charged with inciting racial hatred.