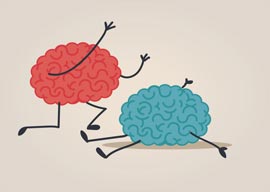 What’s more homophobic than saying you can”t be gay? When we give a boy hormone blockers so he won”t be traumatized by puberty, we”re telling him he must be a woman if he feels like one. No, he’s not. He’s a fag. You don”t cheer when a mentally ill ambisexual maims himself. You encourage him to find a boyfriend who will accept him for who he is. I know this because here in the city we see trannies every day. They”re not redefining gender. They”re spiraling toward suicide.

If you think the transgendered are normal and gays want to get married, you”re not going outside. Marriage has a lot of benefits for gays like getting your spouse’s health care and pension, but it also comes with a lot of work. “For better or for worse” means you can have some bad months, even bad years. Fortunately, you make it through those times because you want to be there for your children. Take kids out of the equation and add in people you want to fuck and monogamy is just not possible. Most gays concede this and have come up with new terms like “monogamish.” In other words, they”re redefining marriage. Unlike the pundits on TV such as Jon Stewart, I actually know gays. There are so many homos at my place upstate we call it a GAYted community. I”m also married to a fag hag so they regularly fill up my apartment in the city, too. They don”t want to get married. They want to party. The only ones screaming about equality are a handful of annoying nerds nobody gives a shit about (look at the guy who got Brendan Eich fired). Real homos aren”t tweeting about social justice. They”re in Paris, fornicating. LGBT isn”t an alliance. It’s a hodgepodge of outcasts who have absolutely nothing in common with one another. LG needs to cut BT loose. B is lying and T’s insane.

This week, a black professor at the University of Memphis was supposedly fired for saying the Charleston, S.C., shooting was the result of whites being “conditioned“ from childhood to hate blacks. In the past she”d said she will “come for you” if you have “racist lies…in your head.” When this narrative gets wings, we see cops shot and the American flag burned. After the shooting, many feared a race riot would break out in South Carolina. I”ve been to Charleston many times and despite the population being about 50/50 black and white, it felt like the least racist city in the Union. Even hanging out at the “slave market” was charming. That’s what we saw after the shootings. They recognized that it wasn”t about guns or the flag or some other made-up narrative injected into the equation. They ignored the pundits and showed support for one another because they knew the reality of Charleston has very little to do with “systemic” racism. When we ignore the government and the pontificators, we thrive. When we refuse to let the authorities boss us around or mother us, we prosper. This is what the Founding Fathers had in mind when they wrote the Constitution. In short, the more honest America is, the better it does.