The Right Not to Commit Suicide 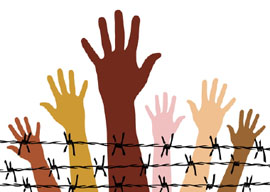 The other evening one of my dinner clubs had a meeting. I’m getting addicted to these clubs—I now belong to three of them.

This one is conservative-dissident. By “conservative” I mean skeptical of social change, especially of vast social-engineering experiments—the normalization of buggery and bastardy, mass immigration from low-attainment populations, and almost any public-education policy from the past half-century. By “dissident” I mean that no careerist dreaming of a position as a Fox News analyst, or of ascending to The Wall Street Journal’s editorial board, or of taking over from David Brooks or Ross Douthat on The New York Times’ op-ed page, or of running for office under any major political party’s aegis, would be seen dead in the same room with us.

It’s a good crowd: academics, lawyers, small-business types, a schoolteacher, a cop, an artist, a writer. We have an invited speaker, generally someone of our own kidney. We eat a hearty dinner, listen to the speaker, then argue with him and each other while getting gently tipsy on wine or beer. It all makes for a very agreeable evening.

This being New York City, and top-quintile intelligence being a requirement for club membership, a lot of us are Jewish. Oh, you didn’t know there are conservative Jewish New Yorkers?

“Oh, you didn’t know there are conservative Jewish New Yorkers?”

This month’s meeting was blessed with the presence of two actual rabbis, one of them an Orthodox sailing under full canvas: black frock coat, broad-brimmed black hat, major beard, payot, the works. This gent was way above the club’s IQ requirement: super-duper smart, with a three-levels-down knowledge of any subject we raised. I tried him on Northern Ireland. He knew all the players and nuances, and we ended up singing the Sash in unison. I wish I had a video of me three sheets to the wind and a rabbi in full fig belting out Ulster Protestant marching songs together, the club members standing around looking baffled.

My job demands that I spend a couple of hours every day trawling through news stories. Sifting through all that dreck, now and then I turn up a little gold nugget.

Last week’s gold nugget was this utterance by a distinguished public official: “Human rights do not prescribe national suicide.”

That’s an obvious enough thing to say. It’s only separated by a few inches from Robert Jackson’s observation that “the Constitution is not a suicide pact.” What’s remarkable is that it needs saying and that hearing it struck me with such force.