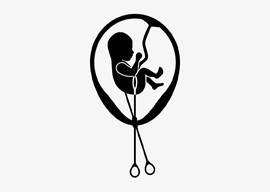 If there’s one thing I hate, it’s an inscrutable Asian. Not because of the inscrutability, mind you, but rather because I despise seeing people conform to shopworn stereotypes. Last week, L.A. Times “investigative arts reporter” David Ng played the role of unreadable Asian to perfection. Ng had penned a piece titled “In liberal Hollywood, a conservative minority faces backlash in the age of Trump.” The article was oddly sympathetic; 1,550 words about conservatives and not one person was called Hitler! What gives? Well, in a newspaper in which even the Sunday funnies have a liberal political agenda, conservatives are only treated with respect if there’s something the left can gain from it. The overriding theme of Ng’s piece was how conservatives are suffering in Hollywood not because of McCarthyite leftists, but rather on account of (drum roll) Trump! Big bad Donald is the one who made it hard to be a conservative in Hollywood, because he tarred the brand (prior to Trump, conservatives were apparently the toast of the town).

Gerald Molen, producer of Jurassic List and Schindler’s Park (I need to double-check with IMDb to make sure I have those titles right) told Ng:

In the “90s, it was never really an issue that I had to hide. I was always forthright. It used to be we could have a conversation with two opposing points of view and it would be amiable. At the end, we still walked away and had lunch together.

But, as Ng ominously adds,

Since the presidential election, some conservatives feel that their political beliefs are more of a career liability than ever”even for those traditional Republicans disenchanted by President Trump.

The piece is filled with emotionally needy entertainment-industry types bowing and scraping and begging for approval because they”re “the good ones.” Failed PJ Media CEO (and amateur hat enthusiast) Roger L. Simon virtue-signaled that he “isn”t a social conservative” and that he “voted for Moonlight for best picture” (saying, “I”m not racist; I voted for Moonlight“ is seriously some of the best virtue-signaling I”ve ever seen. I half expected Simon to add, “In fact, some of my best friends are gay black drug dealers!”). “I think most of the people on the right in Hollywood are on the right for reasons of foreign policy and the economy,” Simon opined. Screenwriter Andrew Klavan made sure to let Ng know that he’s only a “reluctant” Trump supporter, and Friends of Abe “executive director” Jeremy Boreing described himself as a “Trump skeptic.”

“CA, NY, and FL account for roughly 35% of all abortions in the U.S., and Roe being overturned will not alter that one bit.”

And here’s where it gets interesting. Friends of Abe was the “secret” organization of Hollywood Republicans founded by actor Gary Sinise in the mid-2000s (I joined in “09). FOA dissolved a year ago, and it was fairly big news. The Guardian broke the story, which was subsequently covered in Variety and all the major trades. But Ng wrote about FOA as though it’s alive and well, which led to me receiving a good dozen emails from reporters, asking if FOA had returned from the dead (as one of the more vocal former members, and by far the most accessible, I always get calls and emails whenever FOA crops up in the news). I emailed Ng multiple times, asking why he had failed to inform his readers of FOA’s demise. Again and again, his responses were deadpan and ambiguous. After a while, it became clear that Ng was not going to explain why he misled his readers.

But a Jew can be inscrutable too. I was asking Ng a question to which I already knew the answer. Friends of Abe is indeed dead as a doornail, but Boreing, a young unaccomplished filmmaker and Ben Shapiro acolyte, still enjoys giving interviews as its “executive director,” even though he’s the one who not only ordered its dissolution, but turned a deaf ear to former members who wanted the group to return to celebrate Trump’s victory. Boreing isn”t just a “Trump skeptic”; he has a pathological hatred of the man. Boreing’s belief that Trump isn”t a “true conservative” is so intense and unwavering that he”d rather there be no FOA at all if the alternative is an FOA filled with pro-Trump revelers. Under Sinise, FOA was run for the benefit of “establishment” Republicans like Boehner, Rice, Cheney, and Rove. And under Boreing, Trump supporters are the scum of the earth, phonies unworthy of being called conservative.

So what makes a conservative a conservative? What separates “good” right from “bad” right? To Roger Simon, a good conservative is primarily concerned with “foreign policy and the economy.” Low taxes, supporting Israel, and nation building totally works (it’s only fitting that Eisenhower Republicans see the world as if it’s still 1955).

Ironically, as “the good ones” were begging for scraps in the pages of the Times, Glenn Beck was making headlines with his own personal (and exact opposite) definition of a “good” conservative. Last week, Blaze personality Tomi Lahren made the grievous error of appearing on The View (something no human being should ever do). When asked about her stand on abortion, she chirpily declared, “I am a constitutional.” Having announced to the world that she’s a walk taken for one’s health, Lahren got down to brass tacks, telling the show’s cackling banshees that she’s “pro-choice”:

To which Glenn Beck responded, “And while you”re at it, you can stay out of your office.” Beck first suspended, and then fired, Lahren for her comments. A Beck spokesperson told the New York Post:

Glenn is reminding the world of his conservative principles by sidelining Tomi after she insulted conservatives by calling them hypocrites. He’s trying to balance being a leading conservative thinker and also someone who can unify the country.

To Beck, the very notion of “conservative principles” is meaningless without pro-life. To the calcified remnants of Friends of Abe, “social conservatism” (as in, abortion) is not an essential element of “conservative principles.” And since the alt-right is now in the mix, a third party weighed in last week, as along came Richard Spencer (because every tripartite needs a Nazi), who applauded Lahren and denounced Beck, proclaiming that to the “identitarians” on the right, abortion is, on average, rather a good thing:

While it’s true that a blanket ban on abortion would probably increase the White population in their numbers, it would, no doubt, decrease the overall quality, as well and leave all races stupider, more criminally prone, and more diseased…. Childbearing among better classes would probably decrease even further under the strain of the inevitable increases in crime and redistributive policies that would follow.