The Science of Cool 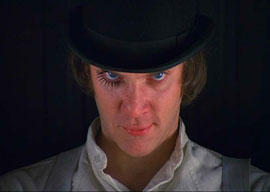 About 30 years ago, I set out to write an essay”that sounds so pretentious, sorry”but never got past the title: “”Cool” Is Not a Christian Virtue.”

Thinking deeply, or trying to, about such shallow, ephemeral topics as glamor and fame has occupied much of my limited brain space since childhood. While the other kids insisted upon painfully deforming themselves with kneecap scabs, picked-at bug bites, and peeling sunburns, I happily withdrew into secluded Talmudic studies of old Life and People magazines and musty paperback bios of Ava Gardner, Alfred Hitchcock, and Montgomery Clift, rescued by the bursting plastic bagful from the nearest used bookstore.

I”ve since squeezed out any number of pieces about the nature of celebrity. However, the more rarefied concept of “cool” eluded me, both personally”my “style,” such as it is, could charitably be described as “pre-sequel Beverly Hills Cop“”and professionally.

“I was never cool and I”m too old to try now, but like a mirage, the concept retains its powerful yet ultimately toxic allure.”

The Week promised to teach us “How To Be Cool, According to Science,” relying upon the findings of one Olivia Fox Cabane. Ms. Cabane is not, however, a scientist (of either the “social,” “hard,” or even “Christian” varieties), but an “executive charisma coach for Fortune 500 companies.”

So shame on you, The Week.

Scientific or not, does Ms. Cabane’s grand unified theory of “cool” withstand scrutiny?

Cabane insists that robotically calm, collected mannerisms and Zen master body language are the outward and visible signs of inward and spiritual cool.

A cool individual, Cabane continues, exudes confidence. James Bond, she points out, neither fidgets, nor does he plead.

Tellingly, Fleming’s 007 is the only “proper noun” example she serves up, maybe because a moment’s reflection on other archetypes of cool reveals the flaws in her theory.

Placed side by side, James Cagney fits Cabane’s criteria for cool far better than Humphrey Bogart. Even when merely striding cockily down a sidewalk (then dodging machine gun fire), Cagney’s background as a professional dancer was evident in almost every film he made, not just in Yankee Doodle Dandy. His sharp, frugal gestures and bits of business also live up to Cabane’s bonsai tree ideal. (When you learn that Malcolm McDowell based his performance as “Alex” on Cagney’s screen persona, you never watch A Clockwork Orange the same way.)

We are often surprised to discover how short certain charismatic performers really are, or were. (I still refuse to accept that Freddy Mercury was anything less than 6″ 1″.) The bantamweight Cagney, on the other hand, always seemed short”but it didn”t matter. That alone places him in an even higher stratum of cool, one occupied by a very few, including Cagney’s rival, Humphrey Bogart.

Other than being shortish, Bogart’s persona overlaps little with Cagney’s. Contra Cabane, Bogart’s characters, however tough they are (or think they are) have more tics than a lice-infested kindergarten nerd.

Bogart rarely stops scratching his head, readjusting some article of clothing, shifting in his chair, or doing those weird things with his mouth.

Yet, were you to ask a random selection of fairly cultured individuals which of these two men was the “coolest,” Bogart would certainly win.