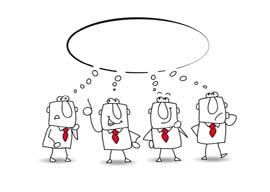 Over the long weekend before the Mississippi and Michigan primaries, the sky above Sea Island was black with corporate jets.

Apple’s Tim Cook, Google’s Larry Page and Eric Schmidt, Napster’s Sean Parker, Tesla Motors’ Elon Musk, and other members of the super-rich were jetting in to the exclusive Georgia resort, ostensibly to participate in the annual World Forum of the American Enterprise Institute.

Among the advertised topics of discussion: “Millennials: How Much Do They Matter and What Do They Want?”

That was the cover story.

As revealed by the Huffington Post, Sea Island last weekend was host to a secret conclave at the Cloisters where oligarchs colluded with Beltway elites to reverse the democratic decisions of millions of voters and abort the candidacy of Donald Trump.

Among the journalists at Sea Island were Rich Lowry of National Review, which just devoted an entire issue to the topic: “Against Trump,” and Arthur Sulzberger, publisher of the Trumphobic New York Times.

Bush guru Karl Rove of FOX News was on hand, as were Speaker Paul Ryan, Majority Leader Mitch McConnell and Sen. Lindsey Graham, dispatched by Trump in New Hampshire and a berserker on the subject of the Donald.

“And whatever one thinks of NED and its subsidiaries, it is time Americans took a hard look at the tax-exempt foundations, think tanks and public policy institutes operating in our capital city.”

So, too, was William Kristol, editor of the rabidly anti-Trump Weekly Standard, who reported back to comrades: “The key task now, to … paraphrase Karl Marx, is less to understand Trump than to stop him.”

Kristol earlier tweeted that the Sea Island conclave is “off the record, so please do consider my tweets from there off the record.”

Redeeming itself for relegating Trump to its entertainment pages, the Huffington Post did the nation a service in lifting the rug on “something rotten in the state.”

What we see at Sea Island is that, despite all their babble about bringing the blessings of “democracy” to the world’s benighted, AEI, Neocon Central, believes less in democracy than in perpetual control of the American nation by the ruling Beltway elites.

If an outsider like Trump imperils that control, democracy be damned. The elites will come together to bring him down, because, behind party ties, they are soul brothers in the pursuit of power.

Something else was revealed by the Huffington Post—a deeply embedded corruption that permeates this capital city.

The American Enterprise Institute for Public Policy Research is a 501(c)(3) under IRS rules, an organization exempt from U.S. taxation.

This special privilege, this freedom from taxation, is accorded to organizations established for purposes such as “religious, educational, charitable, scientific, literary … or the prevention of cruelty to children or animals.”

What the co-conspirators of Sea Island were up at the Cloisters was about as religious as what the Bolsheviks at that girls school known as the Smolny Institute were up to in Petrograd in 1917.

From what has been reported, it would not be extreme to say this was a conspiracy of oligarchs, War Party neocons, and face-card Republicans to reverse the results of the primaries and impose upon the party, against its expressed will, a nominee responsive to the elites’ agenda.

And this taxpayer-subsidized “Dump Trump” camarilla raises even larger issues.

Now America is not Russia or Egypt or China.