The Season After Arab Spring 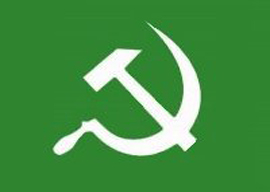 Future revolutions are nearly always envisioned as simple and beautiful, but they look very different when they actually happen. The recent revolutions in the Middle East caught most politicians and experts completely by surprise.

The Arab world, we are told, has never known democracy. Arabs lived under the British colonial yoke and then under postcolonial Western-backed regimes such as Mubarak’s. The resultant discontent sometimes took ugly extremist forms such as al-Qaeda. The present movement, we are told, is the expression of the same discontent—fortunately in a moderate, civilized form. This admirably moderate rebellion stands in the middle between Mubarak’s pro-Western extremes and bin Laden’s anti-Western extremes.

This theory is wrong and will have disastrous consequences. Perhaps we don’t know enough about the Arab world, but this binary scheme—from “pro-Western secular regimes” to “anti-Western Islamic terrorists”—is certainly wrong. The search for moderates somewhere in the middle may lead us to support the ugliest forces on the scene.

To begin with, it is not true that the Arabs have never known democracy. The Kingdom of Egypt had a British-style parliamentary system with free elections, free press, and a very corrupt political class. It may have been a weak democracy, but it was a democracy—whatever you may think of King Farouk or the British Empire. Both had many faults. But it was against the faults of democracy, not of dictatorship, that Comrade Nasser rebelled in 1952, laying the present regime’s foundations. From its early days, that regime became the bridgehead of Soviet expansion in the region. In the 1950s and 1960s, the pro-Western regimes in Syria, Tunisia, Iraq, Algeria, Yemen, and Libya were also overthrown in Soviet-backed and Egyptian-backed coups. The Middle East was no longer postcolonial. Save for a few pro-Western oases such as Israel or the Gulf monarchies, it became a colony of the Soviet empire. That empire has collapsed—but the “Red Arab” regimes survived, like so many other Cold War minefields that nobody bothered to clear. The explosion was inevitable, because every socialist regime eventually exhausts its economy and the public’s patience. Now this day has come.

“The search for moderates somewhere in the middle may lead us to support the ugliest forces on the scene.”

The present revolutions are no more anti-Western than the regimes are pro-Western. The protestors on the streets of Damascus are now burning Russian, Chinese, and Iranian flags. They are not burning American or Israeli flags.

But none of those regimes would have survived so long if not for Western appeasement. Yet appeasement never changes a regime’s nature. The history of the 20th century is the history of the West supporting its own enemies across the world. “Western-backed” does not mean “pro-Western.” Egypt, Libya, Syria, and Yemen still remain typical socialist regimes based on the party, the army, and the secret police. Assad and Gaddafi have never been any more “pro-Western” than Hitler, Stalin, or Saddam Hussein. Even Mubarak, in spite of all his maneuvers, was a true heir of Nasser. Behind closed doors, as the Soviet secret archives demonstrate, Mubarak assured Moscow his game with the West was simply to get massive loans he had no intention to repay while waiting for a convenient moment to bring socialist Egypt back to the Soviet camp where it belonged.

What we witness today is the final act of the Cold War in the Middle East.

As these regimes began to fall, someone drew a parallel with Czechoslovakia’s 1989 Velvet Revolution. Yet after the dust settled and the expert opinion crystallized, it now offers us a very different Cold War allusion: the Arab Spring. That refers to the 1968 Prague Spring—Czech communist leaders’ attempts to abandon the rigid Stalinist model and reform their regime into “socialism with a human face.” At first, there was hope that the rest of the Soviet Empire would follow suit. But a Soviet invasion crushed the Prague Spring.