The Secret State vs. Enemies of State 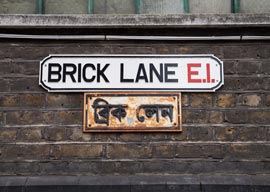 When Mohammed Emwazi went out from west London to Syria literally to carve out a new career as “Jihadi John”, masked avenger of non-wrongs, England lost an “extremely kind, extremely gentle“ idealist. That is, according to a group called CAGE, whose director Asim Qureshi was moved to chivalrous indignation by the security services” blatantly racist practice of quizzing known Muslim extremists about Muslim extremist terrorism. MI5 “harassment”, Qureshi opined, may have been the proximate cause of the young social justice campaigner’s flight into regrettable (if understandable) excess. He did not exactly say that the problem was rooted in aeons of Islamophobia, but that implication is always taken as read in such rationales.

When three teenaged girls from Bethnal Green flew from London to Istanbul to rendezvous with Islamist eye candy, it was obviously not their fault, because they were too “vulnerable” and too female to be autonomous individuals. Nor was it anything to do with their families “ nor certain excitable Koran passages. It was the internet, but also the Metropolitan Police, who had handed letters about an absconded schoolmate to the girls to give to their parents rather than to the parents directly.

Asian ex-police superintendent Dal Babu “apparently “much-respected” for having founded the National Association of Muslim Police “ weighed in, saying that the police anti-terror program Prevent was a “toxic brand” among most British-based Muslims. As if this was not atrocious enough,

“The core cause of British jihadism is of course the mass immigration mainstream politicians continue to promote, even though it was always obvious that when you import people you also import their pathologies “ and when you assimilate no-one you alienate everyone.”

“There is also a spectacular lack of diversity in hierarchy of children [sic] services. They are all white. I am not aware of a single non-white chair of an independent safeguarding board.”

Muslims, he went on with increasing incoherence, should never be put in a “separate box”, even when investigating Muslim extremism.

In short, it has been a torrid few weeks for the security services, so interesting to talk about because so mysterious, and so easy to accuse because they can rarely respond publicly. The nation they and the police shield is not always very grateful “ at least in its opinion-deforming echelons. In many countries, the public would never dare criticise the secret state, but here, however much Guardianistas or Glib Dims enjoy sinister paranoia, realists know that the security services are strictly controlled by law as well as custom.

The civil service being what it is, it is probably also the case that some security operatives are more interested in career progression than in enemies of the state. Some secret services terminate with extreme prejudice, but here some security staffers seem more interested in terminating prejudice inside themselves. These will have enjoyed being scolded by Hazel Blears, MP, on behalf of the Commons Intelligence and Security Committee, who has told them to diversify by advertising on Mumsnet.

Other MPs offer more useful suggestions, including Foreign Secretary Philip Hammond, who in a speech at the Royal United Services Institute praised the security services, and placed the blame rightly “ “The responsibility for acts of terror rests with those who commit them. But a huge burden of responsibility also lies with those who act as apologists for them.” His speech consisted of platitudes carefully expressed. Yet platitudinising, if not yet a revolutionary act, today risks raising a Twitchhunt, and so for a Conservative minister constitutes an act of near-bravery.

But as usual it was chiefly up to the media to offer a countercultural narrative, and Qureshi proved an easy target. Far from being a disinterested liberal seeking fair play for a suspect, judging from a 2006 speech he is deeply committed,

“When we see the example of our brothers and sisters fighting in Chechnya, Iraq, Palestine, Kashmir, Afghanistan, then we know where the example lies. When we see Hezbollah defeating the armies of Israel, we know where the solution is and where the victory lies. We know that it is incumbent upon all of us, to support the jihad of our brothers and sisters in these countries when they are facing the oppression of the West.”

Other media focused on his theology or his crassly comfortable cocoon in the intestines of the oppressive West. But such stories overlook his self-described delightfulness,