The Selfishness of Virtue 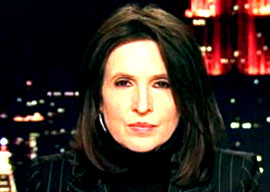 As a blinkered young leftist back in the late 1980s, I subscribed to The Nation magazine for a year or two. Since I was a plumber’s son who put myself through journalism school by driving a cab on weekends, I naively identified with any media outlet that claimed to speak on behalf of the working class.

Then, as life’s cruel realities slowly peeled the scales from my bleeding eyes, I began realizing that many such propaganda machines, despite their eternal claims of uplifting “the people” in a noble fight against “the elite,” were themselves the organs of a certain class of astronomically well-heeled elites. They didn”t represent all of the elite, mind you”only a weird segment that seemed to exist in a perpetual state of denial about their own elite status.

My disappointment mutated into a lingering resentment as it became clear that such elites” showboating “populist” efforts never really seemed to help the poor and the working class. Years of observing the mystifying spectacle of people who were quantifiably and undeniably members of the “1%” blabber nonstop about how they represented the “99%””all while lecturing me about my imaginary “privilege””led me to believe that such types cared far more about sculpting a compassionate public persona for themselves than they did about actually helping anyone beneath them on the economic ladder. Their relentlessly ghastly hypocrisy suggested they were interested mainly in soothing their own wealth guilt.

“For all their grandstanding about fighting “the wealthy” and “the powerful,” the evidence overwhelmingly suggests that the owners and writers of The Nation are inextricably entangled with power and wealth.”

In a previous article about limousine liberals, I mentioned Katrina vanden Heuvel, editor and part owner of The Nation. Although she never shuts the frick up about sticking it to “the wealthy” via higher taxes, this didn”t prevent the sanctimonious multimillionaire from reputedly engaging in a protracted legal battle with the IRS to skirt paying her own inheritance taxes. This icy and passive-aggressive child of stratospheric privilege, who’s never had to work a day in her life yet somehow has deluded herself into thinking she’s qualified to speak on behalf of the working class, is perhaps the most egregious example of a limousine liberal alive today.

Yet the term “limousine liberal” is a comically extreme understatement in her case. A limousine is far too small to contain her hypocrisy. The term “cruise-liner liberal“ is far more apt.

Every year The Nation sponsors a cruise which liberal activist Jim Hightower once referred to, with apparently not a whit of irony, as “a floating palace of populism.” Never mind that 99% of “the people” would never be able to afford a cabin on this cruise. Nor that The Nation advertised that the cruise offered “a world of comfort and easy elegance” and “all manner of sophisticated amenities” such as “fine chocolates on your pillow at night,” “extra-fluffy Egyptian cotton towels,” and such resolutely bourgeois perks as “all-weather pools, fully-equipped gym, aerobics classes, personal trainers, court sports, jogging tracks, full-service salon, hydrotherapy pool, [and] yoga classes.”

Katrina vanden Heuvel is so emblematic of the underprivileged that she’s a member of the Council on Foreign Relations. She’s so disentangled from the world of power that her father served as an executive assistant to William J. “Wild Bill” Donovan, commonly known as the “Father of the CIA.” Her father later became a board member of the Farfield Foundation, commonly suspected of being a CIA front group that funds propaganda outlets such as The Nation. And though she’s ceaselessly accusing the “right wing” of being pathological liars, she once claimed on television that she understood the plight of the poor because she lived in Harlem, although in reality she lives in what has been described as “a multimillion-dollar townhouse in a posh section of Morningside Heights.”