The Sham of Equality 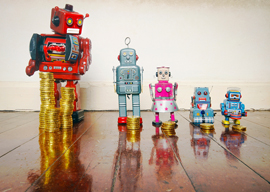 Equality has become one of the most insidious ideas in the language. I do not mean, of course, equality before the law or equal pay for equal work, things that are more accurately described as fairness, since the word “equality” produces so much confusion. I mean that vague and lazy sense of equality, which more and more people assert in the face of mere difference. One person has something that another does not, or more of something than another. The two are unequal, in other words, and this is all it takes for some to perceive injustice, and therefore believe things must be put right somehow.

But how, you may wonder, did the difference, or inequality, come about? It is a necessary question. For we should not just assume that inequality necessarily signifies an injustice. Contextual inquiry is needed in order to know precisely how the inequality arose, as well as its significance. Otherwise we cannot determine whether there is an injustice, and superficial perception will prompt many a mistaken redress.

Of course, this is utterly incoherent. We are all so endlessly particular that it is an impossible task, comparing all our respective properties in order to ascertain whether, all in all, we are more than, less than, or equal to one another. By virtue of our very selfhood we are never equal, but always different from one another, and hence, as Dr. Johnson put it, “So far is it from being true that men are naturally equal, that no two people can be half an hour together, but one shall acquire an evident superiority over the other.”

It often happens, moreover, that this lofty notion of equality is used in a sly and disingenuous fashion: as a vehicle for resentment. Hence that constant, tiresome twaddle about equality that characterizes our time and to which countless academics and intellectuals devote their dreadful days.

“We should not just assume that inequality necessarily signifies an injustice.”

That one person has something that another hasn’t, or more of something than another, is certainly sufficient to inspire resentment, the most poisonous of feelings. And having resolved to conceal his motivation, perhaps including from himself, the envious soul now proceeds to wax indignant about inequality. He is owed something, and the world had better get on that.

And yet, although most people claim to believe in equality, if we look closely we will find that they don’t take this belief as seriously as they say. We can also see that few even believe it. In short, equality is a sham that undermines those other great shams, those cherished prejudices of our middling time: democracy and liberalism.

People’s pretensions to superiority are easily seen; just observe how seriously almost everyone takes rank and titles, how elated people are that others know they are doctor so-and-so or senior such-and-such. Of course, however, being wary of envy and of appearing arrogant, they will not always make a big show of their station. That task is frequently left for others, who in many cases stand to gain from it.

For many people what matters most is their standing in the world, because it realizes self-interest and narcissism, the strongest forces in human affairs. Little wonder that when people talk about equality what they usually have in view is their own material well-being. Indeed virtually no one really wants everyone to be equal. Evaluation depends on comparing one person with another, so the last thing a person of any ambition wants is equality for everyone. Rather, equality in the common lofty sense serves as a hollow yet useful abstraction. Besides using it to try to advance their interests, people make sure to appear to value it so as to be in step with PC convention. In this way the idea of equality both maintains social cohesion and mitigates envy, even though it is no more realistic or substantive than the mawkish endings of popular films.

We can also see, what complements the value of feeling superior, the value people get from feeling inferior (albeit mostly unconsciously). For although everyone claims to be equal to the next person, if we examine the behavior of mankind closely, we will notice that they actually consider themselves inferior to some. Go, for instance, to a literary reading or art gallery, then see how readily people truckle to the artist, whether he has any ability or not, whether they understand the work or not, whether they have even heard of it before that day. What a humorous spectacle!

The slavish psychology of most people—the result of severely unequal nature itself—is quite pleased by such sycophancy. There are many people who not only keep up with Us, People, and the like inane magazines, but have actual tattoos of the celebrities found in them!

There is a simple reason for such phenomena: Human beings are powerfully attracted to anyone or anything that seems greater than themselves. There is in human psychology a deep animal instinct of veneration and idolatry; into this has gone all our history, all our terrible struggle to survive and endure. Thus many people naturally take to flattery and are not at all troubled by it, their pride being no hindrance to sucking up to others. And this instinct is universal among classes and peoples.

So even philosophers, though typically more temperate than most and not given to overpraise, are happy to romanticize and make a hero out of the eccentric genius Saul Kripke, to celebrate and stand in awe of his prodigious youthful achievements as if the man were God himself. In so doing, philosophers are not so different from the manner in which the masses regard Hollywood “stars.”