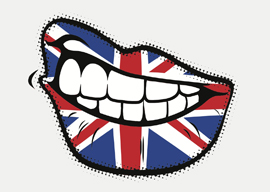 When Scotland and England were united formally in 1707, the Scottish Earl of Seafield remarked in smug satisfaction, “There’s the end of an auld sang.” But if the Scottish National Party has its way, soon there may be a new song and a new chapter in the auld ongoing saga of these connected, colliding countries.

David Cameron and the SNP leader Alex Salmond have just agreed that there will be a referendum on Scottish independence in the autumn of 2014″seven hundred years after Bannockburn. The wording has not been decided”that will be up to the administration at Holyrood”but there will almost certainly be a single question demanding a Yes or No answer to whether the devolved government should begin negotiating full independence.

Concerned about the possibility of defeat, the SNP originally sought a face-saving second question offering the possibility of “devo-max””not a sexual practice, but a further increase in Scottish Parliamentary powers. But they were persuaded to drop this in return for London agreeing that 16- and 17-year-old Scots should be allowed to vote in the referendum”a demand that may rebound on the SNP, because even in Scotland most teenagers are probably more interested in The X Factor than the Cross of St. Andrew.

“In Scotland most teenagers are probably more interested in The X Factor than the Cross of St. Andrew.”

The referendum is a high-risk strategy for the SNP, because all the UK parties and most business interests are against independence, the polling evidence is at best ambivalent, and even a narrowly lost vote would be a colossal blow after decades of dedication. (The SNP was founded in 1934.) The SNP has sought to maximize its chances by cannily sidestepping pesky details”such small matters as whether an independent Scotland could sustain present welfare levels, how much of the UK’s deficit burden the new/old nation will assume, the economic impact of tens of thousands of public-sector and military jobs transferred out of Scotland, whether England would allow Scotland to keep all of the revenues from North Sea oil and gas, the new/old country’s currency, relations with the rump UK, and relations with the EU, IMF, and UN.

Not only pro-Union politicians are clamoring for clarification, but apolitical, actuarial observers. In January, Martin Woolf of the Financial Times pointed out that even the great black hope of North Sea oil could not counterbalance an overall fiscal deficit of 10.6% of GDP in 2009-10″and that the oil was a declining resource in any case. An independent Scotland, he added, could not hope to obtain a Triple A credit rating.

Last week, Scotland’s former Auditor General Robert Black queried how an independent Scotland could hope to finance a £4-billion backlog in road and public building maintenance, up to £500 million of travel concessions over the next decade, personal and nursing costs rising by 15% yearly, free prescription and optical tests costing £150 million annually, and yet other eye-watering invoices.

The SNP suggests that an independent Scotland would remain within the sterling currency area, but as Greece and other countries are presently proving, sharing a currency means sharing sovereignty. How strange that such ideological innumeracy should subsist in the land of Adam Smith.

It is even stranger that the Queen will remain as head of state, and England and Scotland will be “united kingdoms””especially as Salmond was once a leading member of the SNP’s socialist republican caucus known as the “79 Group, banned by the party in 1982 after Sinn FÃ©in sought embarrassing fraternal contact. Salmond was against any association with Sinn FÃ©in, yet his instincts remain strongly on the left, and the party is suffused with a Calvinistic political correctness that contrives to be simultaneously dour and neurotic. (As P. G. Wodehouse observed, “It is never difficult to distinguish between a ray of sunshine and a Scotsman with a grievance.”) But Salmond has always been a shrewd tactician, and he knows that if he is to have any chance of success in 2014 he needs to carry waverers as well as the readers of Waverley.