The Silent Spring That Won”t Shut Up 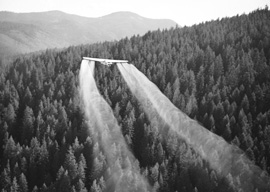 If the Democrats lose in November, the party’s supporters will likely initiate another one of their semi-regular rebranding exercises.

“Liberal” became a curse word during the Reagan years, so they started calling themselves “progressive” and insisted the rest of us use that word, too.

Yet “progressive” never really caught on for two reasons. One, as everyone who survived high school knows, only losers try to give themselves cool nicknames. Attempts to do so make you look like an even bigger loser. Like trying to tickle yourself, it doesn”t work.

Secondly, “progressive””like every word these people want the rest of us to employ (see “diversity,” “fairness,” and “gay”)”means the opposite of what it’s meant to connote. As any casual observer can”t help but notice by now, “progressives” live in the past.

Observe the ostentatious hand-wringing over old “injustices” such as McCarthyism (i.e., that time when a handful of Hollywood screenwriters had to leave their names off their scripts but got paid for them anyhow) and the endless stream of movies about the Civil Rights movement (i.e., that time when stunt protesters got the federal government to make private lunch counters serve hamburgers to people who didn”t want to eat there anyhow).

Brace yourself, then, for The Silent Spring of Rachel Carson.

This movie’s been in development for a while. The Hollywood Reporter started writing about it in 2010, and according to IMDb, it is still “in development” and due for release next year.

This “biopic” will focus on Carson’s campaign to ban the pesticide DDT, which she claimed was killing wildlife and endangering humans. Her widely celebrated 1962 book Silent Spring is a seminal text of what we now call “environmentalism.” It prompted a national, and eventually international, ban on DDT.

This is the part where I”m supposed to write, “…which in turn prevented the irreversible devastation of natural habitats around the globe and saved millions of lives.”

This year, the Cato Institute put out its own book called Silent Spring at 50: The False Crises of Rachel Carson.