The Smell of Hypocrisy 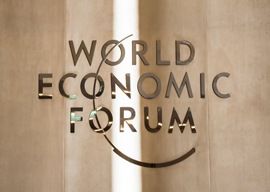 Gstaad—I had a whiff of it as it rolled in from the east, the smell of hypocrisy being different from others that penetrate our olfactory nerves in everyday life. It was coming from Davos and it had a Greco-Roman reek to it. The prime ministers of those once-upon-a-time great countries, Greece and Italy, asked for a Marshall Plan for Africa to solve the root cause of the migrant crisis that threatens the Old Continent’s existence. Just think of it, dear readers: Tsipras and Gentiloni—the former a liar, the latter unelected, both leading two basket cases of countries—asking for a vast program of wealth transfer so Europe and the rest of the world can enjoy visits by African oligarchs, colonels, generals, and their whores enjoying their newfound wealth.

What gets me is the ability of those listening to such drivel to resist throwing rotten vegetables at the mouth-frothing virtue signaling of those two clowns. Even my 10-year-old grandchildren know that the more lucre we send to Africa the richer the very few get. Africans cannot live in their countries because their leaders have enriched themselves at the people’s expense. But why can’t our own leaders tell the truth any longer? Has the PC cancer cut out their tongues? Nigeria has received six times the amount of aid the U.S. pumped into reconstructing the whole of Western Europe following World War II, and the country produces more crude oil than Texas, yet most of the 245 billion pounds in aid has been stolen by the few men in power. Now the Greco-Roman clowns are asking for a Marshall Plan. Quick, nurse, call for the straitjackets.

Teodor Obiang, president of Equatorial Guinea, one of the world’s poorest countries despite being the third-largest exporter of oil, has homes in Los Angeles, Buenos Aires, and Paris, cars and yachts galore, yet some of his subjects exist on insects. The Ugandan president Museveni received 127 million pounds from the Brits, then went out and bought himself a 30 million-pound Gulfstream jet and then another. Send more funds, is his message to Boris. Kagame of Rwanda, a hero to the West because he didn’t murder his opponents once in power, bought two bombardier private jets for 60 million pounds, but his message to Downing Street is the same: More moola.

“When broadcasters and columnists try very hard to discredit someone, that someone must be doing something right.”

I could go on, but what’s the use? Then there was the noise along with the smell. The racket of grinding teeth from the old bag’s columnists and reporters as Marine One landed in Davos carrying enemy No. 1, the 45th president of the U. S. of A. Consumer confidence is up, unemployment is down to 4 percent, and the stock market is up 45 percent since The Donald became numero uno, and Paul (Quasimodo) Krugman of the N.Y. Times is looking slightly stupid for having predicted the imminent demise of capitalism once Trump got elected. It’s a funny thing, but when those in authority like broadcasters and columnists try very hard to discredit someone, that someone must be doing something right. So says Taki, the eminent economist. Greeks, Italians, and Africans in general have been let down by their leaders. Across the world, a spirit of anarchy is in bloom, a desire to bring down the old order, with the hope that something better will emerge from the wreckage. That’s what got Trump elected in the first place. What I’d like to know is what the old bag’s excuse is. Newspapers are supposed to tell it like it is, not tell it the way it fits one’s agenda. Market economics unmoor individuals. They have obviously unmoored those working for the N.Y. Times.

Never mind, there are others making as big a fool of themselves as certain newspapers are, and they’re called princes by some who should know better. As in Mohammad bin Salman, the Saudi strongman passing himself off as a reformer. Some reformer. When he first grabbed fellow so-called princes and clapped them into a luxury hotel until they cried uncle, I wrote in these here pages that it was a shakedown à la Capone, nothing less. Taki the futurist was proved right. The so-called princes coughed up the goods, Salman let them off the hook, and nothing’s changed in that sandy hellhole except for a couple hundred ill-gotten billions changing greedy palms.

Capital flight might be down, but foreign interest in buying into Aramco is even more down. Most of Mohammad’s plans are pipe dreams; what he needs is investor confidence with due process and the rule of law, not his family’s checks and balances. There are wounded egos all around him hoping he will fail. There are also wounded egos back in New York hoping a blond version will fail as well. Nobody gives a damn about the people who will suffer if and when the two reformers fail. How strange life is: In Europe we have a Greek and an Italian asking for more money to be sent to a continent whose leaders have stolen everything until now. In America and in Saudi we have two reformers who are their own worst enemies but whose hearts are in the right place. The great futurist refuses to make a prediction. Even I know when I’m in over my head.