The Soul of a Curmudgeon 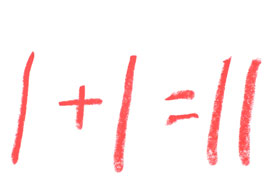 Ah, the guttering candle of civilization! How I love it. The dwindling flames warm the cockles of a curmudgeon’s heart (whatever precisely a cockle may be): the galloping rot, the stampede to enstupidation, the gathering night of the Fifth Century.

For a while I lost confidence in democracy, which was producing a depressingly literate and responsible public. A curmudgeon does not like to see prosperity and content growing from intelligent policy. It offends his sense of rightness. Now, thank Hera, the country rushes toward its appointed endpoint in the abyss.

The signs are as clear as pigeon droppings on a martial statue. This, from UCLA, a daycare center in California which was formerly a university:

Racial tensions are inflamed at the University of California at Los Angeles following several incidents “ most notably, one where a professor corrected the grammar, punctuation and capitalization in minority students” assignments.

“The dull crabs don”t want the smart crabs to escape from the pot.”

The act of correcting a black student was “micro-aggression,” according to the members of the student group “Call 2 Action: Graduate Students of Color,” which launched a sit-in during a subsequent meeting of the class.

Wonderful! This is heady stuff. Graduate students “of color” (which never seems to include Chinese or Koreans, who can spell) can”t be expected to distinguish “its” from “it’s.” Fourth-grade English is just too hard for them, and they must be sheltered from the burden. Apparently they attend university to avoid being expected to learn anything.

This is balm to a curmudgeon’s cockles. You see, we of our ashen-souled and lonely trade, laboring in the shadows, take no pleasure in the honest mistakes that befall us all. No. If your grandmother trips and breaks her hip, we feel no joy. We feast only on thoroughgoing damned foolishness, on lunacy, on luminous hypocrisy and suicidal moral preening. These are good times for us. We gorge.

Back to UCLA. Protecting minorities (which category never seems to include Jews, men, Mensans, or Anglo-Saxons) from the travails of learning would seem more racist than requiring it of them, but never mind. Keep “em dumb, keep “em mad. Especially, keep their tuition. Onward into the gloaming. Let the show go on.

The inevitable inevitably happens, and it is. (You saw it here first.) Someone famously said that democracy lasts until the unworthy learn that they can vote themselves the treasury. Yes. More generally, until they learn that they can vote themselves everything. Here is the backbone of American domestic policy, if that is the right word for floundering narcissism. The inadequate and barely lettered, by weight of numbers, can simply declare themselves the equals of their betters (or should I say “there betters”?). They don”t have to accomplish anything. They simply assert that they have done it, or that doing it is elitist and therefore reprehensible. I have in mind things like reading, scoring at the level of sentience on the SAT, or lifting mortar rounds.

The reduction of American universities to the academic level of the comic book (or, as we now say, “graphic novel”) was of course preceded and made necessary by the mob’s desire for the trappings of education. The substance they find merely annoying. They have the votes, though, and pay the tuition. Thus they get what they want, a diploma, without having to subject their tiny minds to the oppressions of thought.

This unionism of the shiftless shapes society at all levels. Thus No Child Left Behind when clearly many children can”t possibly get ahead. Thus the drive to have all students in high school “college-ready” when a screaming maximum of twenty percent are smart enough for what used to be college work. Thus the feral grunting of rap.