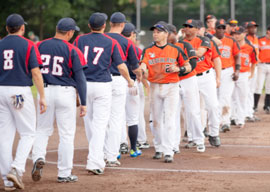 In my youth, hard though it is for me to recall it now, I was quite good at sport. I could never have become better than quite good at it, however, because I never took it seriously enough to do so. A game for me was but a game: I could put my heart and soul into it only while it lasted. After it was over, it was as smoke dispersed by the wind.

I had nothing against those who devoted themselves to sport, but thought them fools; I continued to play tennis, sometimes regularly, but winning or losing caused me only fleeting emotion, exultant or sad as the case might be. The game for me really was the thing.

But the Olympic Games repelled me from the first, with their nasty political overtones both childish and sinister, their obvious cheating (did anyone really believe that Tamara and Irina Press were women like any other?), their bogus amateurism, and their deformation of human lives dedicated, for example, to putting the shot an inch farther than it had ever been put before. A life down the coal mines seemed to me far better spent than that.

Since then, my attitude has only hardened against sport, and now I feel a visceral dislike of it. Whether this signifies a change in me, or in sport, I am unsure. Sport is nowadays a bit like propaganda in a totalitarian society: it is inescapable. For example I was recently in quite a good restaurant in Washington D.C. in which, nevertheless, there was a large flat-screened television relaying a baseball game. Someone once explained the rules of baseball to me, but it bored me even after I had fleetingly understood them. The players seemed too fat to be real athletes, and as for the girls waving pompoms and the men dressed in the colors of their favorite team, they seemed archetypes of willing suspension of intelligence and self-respect.

“Compulsory interest in football is like equality under the law, but without the philosophical meaning of the latter. It could only exist in an age of anxiety, justified or not, about economic inequality.”

Things are no better in Europe, where it is soccer that is inescapable. People talk about it as they walk down the street together; the newspapers are full of it, indeed fuller of it than of anything else; bars and pubs relay it, seemingly twenty-four hours a day; and most sinister of all, people are afraid to express no interest in it.

A old fellow student of mine, now a distinguished professor, recently gave an interview in a learned journal and was asked what gave him the greatest pleasure in life. He replied that it was when the team he supported scored a goal.

I tried to work out whether this was worse true than untrue. If true it implied a rather sad existence, in which the kicking of a ball into the net of an opponent’s goal by a highly paid mercenary, who would immediately play for the opposing side if offered a few paltry millions more a year or a week to do so, and who had absolutely no connection with the area of the team for which he played, not geographical, cultural, personal, familial, or even national, was the highest imaginable point. But if untrue, why the lie, why did he pretend that a goal scored by “his” team was so important to him?

He was not alone in this deformation of joy. Practically all important persons interviewed in the press or elsewhere claim to “support” one team or another. So ubiquitous has this become that interviewees are asked not whether they are interested in football, but which team they support, as if it were inconceivable that they supported none. I do not recall a single person daring to say outright that he had no interest in football, let alone that he abominated it.

Why this reticence? Can it really be true that all of our politicians, chief executives, intellectuals, scientists, artists, journalists, and so forth, are enthusiasts of this sport? I think the claimed interest in football is an implicit appeal to a purely symbolic egalitarianism. Look, says the interviewee, I may earn as much in a week as others in a lifetime, I may sit at the top of the tree or a whole forest of trees, I may own houses all over the place, I may move only in the most exalted circles, but really I am just the same as you: I too love, think about, dream of Juventus, or Real Madrid, or Manchester United. Compulsory interest in football is like equality under the law, but without the philosophical meaning of the latter. It could only exist in an age of anxiety, justified or not, about economic inequality. Interest in football is to the modern chief executive what dressing up as a shepherdess was to Marie Antoinette (and look what good it did her in the end).

I was therefore delighted recently to find in France a book called L”IdÃ©ologie sportive: Chiens de garde, courtisans, et idiots utiles du sport (Sports Ideology: Guard Dogs, Courtesans, and Useful Idiots of Sport), a book by a collective of anonymous far leftist writers who, with a fine line in disdainful sarcasm, dissect and destroy the supposed justifications of sport in the modern world. Although my worldview is diametrically opposed in many respects to theirs, I found myself laughing at their exposure of the idiocies committed by intellectuals in their defense of the weapon of mass distraction that is sport.

Sport is morally and financially corrupt from top to bottom. Of the corruption at the top it is hardly necessary to speak. And the lessons it teaches, even at an amateur level, are horrible: win at all costs, be unscrupulous, cheat if necessary, take drugs to make you stronger. It arouses primitive, violent emotions, and appears to be worsening in this regard: the authors quote statistics showing that severe aggression was reported in 7,750 amateur football matches in France in 2006-7, and in the year following in 12,008 matches (half of the incidents were of real violence).

I don”t remember it being quite like this in my youth. Occasionally, for example, I would play in a cricket match in which, even when competitive, good humor and gentlemanly conduct reigned (unless I was blind to the other type). But recently I went to a village cricket match for the first time in many years, to discover that even at this level an activity called sledging, insulting the opponents and intimidating them by various means, had needed to be forbidden and the umpires instructed to send anyone off the field who indulged in it. This was inconceivable thirty years ago.