The Strange Evolution of Eugenics 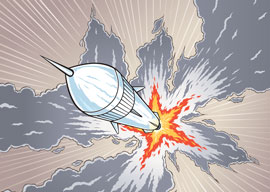 For example, the quite intelligent and extremely hostile anthropologist Jonathan Marks, who coined the term “human biodiversity“ in 1995, continues his long-running War on Wade with some classic bile.

Much of the anger at Wade derives from a sense that a victory that seemed like it had been won in the 1970s is slipping away as the human genome data pours in. Luke Ford interviewed Wade and asked:

Would it be fair to say that many of the principal ideas in your book were taken for granted as commonsense wisdom say 70-80 years ago?

Nicholas laughs. “I think a lot of that is true. People took it for granted that races existed and had a biological basis. … Many social scientists now say they don”t think that races exist. And the fact that the genome says otherwise is, as you say, a throwback to the wisdom of 70 years ago.”

Wade is an Englishman”his grandfather survived the Titanic“and the British-American Darwinian tradition comes naturally to him. Darwin’s intellectual predecessors, such as Benjamin Franklin, Adam Smith, and Thomas Malthus, and leading descendants, such as Francis Galton, R.A. Fisher, J.M. Keynes, and W.D. Hamilton, illustrate that the concept of self-organizing evolution, whether in government, economics, or biology, has been largely a British idea. An awareness of the advantages of competition in business, nature, or politics is related to John Milton’s and John Stuart Mill’s defenses of free expression as making possible a marketplace of ideas in which the best would win.

“Gould’s campaign to rewrite history has been so successful that the entire topic of eugenics is now covered with intellectual cooties.”

Ford asked Wade, “How much has your thinking been influenced by your upbringing in Britain?”

In Britain [then], there was almost no civic virtue more highly prized than tolerance and if people thought differently, you just let them be, while in America today, there’s a great tendency to stamp out any heretical thoughts and make everyone think alike, particularly in controversial issues like this.

The British superiority at evolutionary thought doesn”t imply overall supremacy. Other ethnicities enjoyed other accomplishments. For instance, rocket science was developed predominantly by Germans such as Wernher von Braun and other V-2 engineers brought to America by Operation Paperclip. Space flight was promoted in America by the anti-Nazi refugee popularizer Willy Ley and the German-American dean of science fiction, Robert A. Heinlein.

At the same time, Jews such as Robert Oppenheimer and Edward Teller took the lead in the development of nuclear weapons.

While it can”t be ruled out, there’s no need for a genetic explanation for these national specialties. Rocketry, for example, was in large part a challenge to harness potent fuels, and the Germans were the best at chemistry.

Physics was convenient for urban Jews. (Those interested in living things tended to become doctors rather than naturalists.)

By contrast, Britain’s brightest scientists tended to live in close contact with the countryside, both natural and agricultural. For example, Hamilton (1936-2000), the most creative evolutionary theorist of the later 20th century, grew up in bucolic Kent, only five miles from Darwin’s Down House. It’s not surprising that a bourgeoisie that mostly stayed out of the burghs would take an interest in evolution.

Of course, an inevitable side effect of ethnic specialization was that each group didn”t have as much to brag about outside its specialty. For example, while Jews in the 20th-century United States could rightly boast of the accomplishments of physicists like Albert Einstein and Richard Feynman, they largely lacked role models among the great Darwinians in biology and psychology, who tended to be representatives of the WASP old elite.

By the 1970s, this state of affairs was becoming less tolerable to rising scientists such as Stephen Jay Gould, Richard Lewontin, and Leon Kamin. While Darwin’s immense prestige made his memory almost unassailable, their envy was focused upon a suitable scapegoat, Darwin’s half-cousin Francis Galton.

Galton had quickly sensed the collapse in fertility among Britain’s best and brightest that began in the later 19th century. For example, Gregory Clark points out in The Son Also Rises that Galton’s idol, his older cousin Darwin, had ten children but only nine grandchildren.

A century before, Galton had launched an immense campaign to raise awareness about what he called “eugenics.” It was a long-term goal, like space exploration was in the 1920s. Galton and his followers knew that to make scientific progress they’d have to come up with breakthroughs in statistics, genetics, evolutionary theory, psychology, and so forth. For instance, in late middle age, Galton made epochal advances in statistics, inventing the correlation coefficient and regression analysis. Many other scientists were inspired to make more discoveries.

Galton mused on ways for society to encourage fertility among its Darwins, but was annoyed when his more leftist followers in the 20th century such as H.G. Wells, John Maynard Keynes, and the then liberal Winston Churchill began advocating mandating restrictions on the fertility of those who couldn”t care for themselves. Wade points out that:

Britain was quite quick to move away from eugenics. The Americans did so much later, but not until after they had sterilized some 40,000 people and the Germans ran the whole idea into the ground in a horrible way. Britain’s record happens to be a little better than that of others. [Francis] Galton’s eugenics was of the positive kind, he favored people with what he regarded as good genes marrying each other. In no way did he advocate negative eugenics, meaning sterilization of those whose genes were thought to be inferior. That was an American idea that was then taken up by the Germans.

Strikingly, the key Member of Parliament who blocked Home Secretary Churchill’s 1911 bill for sterilization of the feeble-minded was Josiah Wedgwood, another member of Darwin and Galton’s extended family. Because the British had been debating the question more intensively”and nowhere longer than among Darwin’s relations”than elsewhere, they were one of the very few countries to not use mandatory sterilization (a practice carried on in Sweden into the mid-1970s).

The most striking revelation is that, contrary to the current impression, Jews largely approved of eugenics until the end of the 1960s. (The most effective opponents tended to be Catholics, such as G.K Chesterton, author of 1922’s Eugenics and Other Evils.) Glad quotes endless Jewish spokesmen from the first seven decades of the 20th century to the effect that Jews had been practicing eugenic marriages for 3,000 years. The medical profession, which was largely secular and progressive, was enthusiastic about eugenics, and there was little evidence that the sizable number of Jewish doctors objected.

Rather, Jews didn”t contribute much scientifically to this quite productive movement because their city skills took them in other directions, such as becoming doctors rather than naturalists. To contribute to the Darwinian mainstream, it helped to be a smart country boy who grew up interested in plants, animals, and domestic animal breeding. Gould’s archrival Edward O. Wilson is a representative American version, an Alabama lad who couldn”t get enough of ants.

Using many hundreds of quotes from contemporary publications dating back to the 19th century, Glad traces the broad enthusiasm for eugenics among Jewish leaders, both progressive and conservative, assimilationist and Zionist, up through the 1960s. Then, following the rise of 1960s radicalism, Israel’s triumph in the 1967 Six-Day War, the UN’s 1975 vote to condemn Zionism as racism, and the subsequent Holocaust memorial movement, there emerged a new historical orthodoxy. Jewish intellectuals such as Gould systematically demonized eugenics as heavily responsible for the Nazis and much else that wasn”t good for the Jews.

According to Glad, the first books linking the Holocaust to the eugenics movement did not appear until the 1970s. Yet, by 2004, at least 131 such books had been published, most of them “shrill.”