The Strong-Arm of the Law 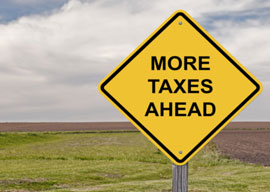 When lawmen break the law, there is no law.

During a fortnight when the American establishment wasn”t handing out machine guns to heavily medicated dissociative personalities with self-reported head wounds or rounding up someone else’s cattle, the government was spending its unlimited resources (though rapidly dwindling public goodwill) raiding the home of a 91-year-old world traveler.

The purpose? Aside from giving misguided succor to every “paranoiac” in the nation, it was supposedly to confiscate and repatriate unnamed foreign and Native American artifacts the elderly man collected throughout prior decades“several of these decades, incidentally, having passed before UNESCO treaties or any enforced enactment forbade the practice of collating such treasures.

Onlookers predict the incompetents might have the items catalogued in “thirty years”or never.” This essentially makes the theoretically limited grounds for any investigative warrant open-ended in practice, a perpetual taking with scant recourse.

“If these are the popular outrages by order of importance, perhaps the people are deserving of those who oppress them.”

The obscenity of roughing up a retiree in the sacred search for lost arrowheads reminded me very much of a similar atrocity that was committed in Kentucky during the early 1990s. Descendants of naturalist painter John James Audubon owned several heirlooms which had been leased for a nominal amount to a museum in his name, one being an original oil rendition of the American Bald Eagle.

Opposing devotion to kith and kin, authorities in search of a windfall determined estate law would classify these belongings through inheritance tax at market value (although obviously never having been sold at market, absent any intention to sell, and for all legitimate purposes being merely canvases upon which a relative had affixed his uncharged-for artistry).

Yet rather than being assessed the pennies” cost of paint and cloth which might be justifiably totaled, Audubon’s great-great-great granddaughters faced a tax bill of over $750,000. Needless to say, for ordinary people of middle-class means this sum was outrageous, and the collection and canvas were forfeited to the state. In frontier vernacular, some say the granddaughters” birthright was simply stolen.

Not only are these examples far from rare, they seem to be increasing as officialdom becomes progressively more brazen. Only a month ago, one couple who discovered a buried tin of 19th-century gold coins was queried by upstanding constables of the Federal Fist, which attempted to quickly and tightly close around the hoard. Representatives speculated that superficial evidence (similar amount totals) indicated this lot of lucre was possibly (though this is not proven in any way) from among those a U.S. Mint clerk pilfered over a century before.

Important to note is that the coins were discovered not on public property, but on that of private parties; according to some reports the two purposefully chose their expansive rural property with express intent of looking for such a find. Until it was made aware of the discovery by newspapers, the government had abandoned the search for “its” lost loot decades ago.

Better stated, all would be of importance if one expected American institutions to abide by American edicts. Not only does the United States irregularly and sporadically follow the letter of the laws (to say nothing of their spirit), it even gets to decide whether or not to allow citizens so abused permission to question it via lawsuit. (Unsurprisingly, it seldom deigns to answer for its actions in court.)

That power is of particular use when assistants on killing sprees during dragnets for criminals apparently target innocent individuals by misreading addresses, misidentifying two Hispanic women as a single black male, or mistakenly kill children carrying video-game controllers. Exoneration of excess is all in a day’s work.

In the midst of nearly unaccountable lawlessness, a Supreme Court that’s widely perceived to be corrupt has recently issued new guidelines under which anyone already in high office can remain there virtually unchallenged by means of ever more campaign cash donated from the very people who should have a minimal voice in society: venture capitalists and buccaneer speculators eager to ensconce the least of men in positions of the greatest authority.