The Symptoms of Pott’s Disease 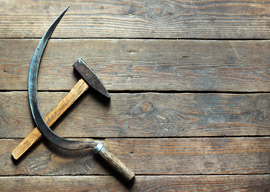 It is hardly surprising that newspapers nowadays more and more resemble magazines that are produced weekly or monthly instead of daily. With modern technology they can hardly any longer be the first to break news; as their circulations fall and journalists are “let go””to use a delightful euphemism for dismissal so dear to more refined or sensitive bosses”they cannot do much investigative journalism, either. What is left is gossip about celebrities, explanations of the obvious, speculation about the future based on what has happened in the recent past, drivel about sport, and articles catering to modern man’s fathomless narcissism.

Nevertheless, I am so attached to the physical sensations and ritual associated with reading newspapers that I still buy and read them. Young people do not share my enthusiasm; I don”t know any young person who reads a newspaper. I hope they”the newspapers, not the young people, of course”will last me out.

Yesterday I read a French newspaper aimed mainly at aging bourgeois bohemians of left-wing persuasion, many of them with ponytails. There was an article in it about Antonio Gramsci, the Italian political philosopher who was imprisoned by Mussolini for eleven years, and who died in prison in 1937. He is generally regarded as a neo-Marxist, though as far as I can tell, his main idea”that ideas play a determining role in history”is directly contrary to the whole of Marxist philosophy.

“Pope wrote his essay at the age of 20, by which age I had not uttered a single interesting thought of my own, elegantly or otherwise.”

Gramsci was a hunchback”or, as I suppose we say these days, differently formed. Probably he had Pott’s disease, tuberculosis of the spine. This is a disease with which most modern doctors in the West are unfamiliar, I am glad to say. I saw a lot of it in the South Seas. I remember in particular one patient, a pretty girl and locally famous dancer, who contracted it. Everyone assumed that it was caused by a rival dancer who had put a spell on her. Counter-magic was tried, but the disease progressed until she was paralyzed from the waist down. It was only then that they decided to give Western medicine a try. The disease was halted, but she never danced again.

A number of writers have had Pott’s disease. Alexander Pope, the great English poet, for example; the German physicist and aphorist Georg Christoph Lichtenberg; the Italian Romantic poet and pessimist Giacomo Leopardi; and the Danish religious philosopher SÃ¸ren Kierkegaard. They all seem to have had a mordant wit: Was this a reaction to the cruel trick that fate had played on them? Lichtenberg said that some men became scholars because no other avenue was open to them, and that erudition often bore foliage without fruit, a thought that Pope had had before him, when he wrote in his Essay on Criticism:

Words are like leaves; and where they most abound,

Much fruit of sense beneath is rarely found.

For myself, I have never ceased to wonder at the genius of Pope, who wrote his essay at the age of 20, by which age I had not uttered a single interesting thought of my own, elegantly or otherwise. Yet in couplet after couplet, Pope said things that were both obvious and revelatory:

Some praise in morning what they blame at night;

Be thou the first true merit to befriend;

His praise is lost who stays till all commend.

This bears out yet another dictum:

Written by little more than a youth, this long poem on what might seem an unpromising subject gave to our language three lines that have passed into common usage, usually without acknowledgement of their source:

A little learning is a dangerous thing…

To err is human, to forgive divine…

Fools rush in where angels fear to tread…