The Tragedy of Doctor Who 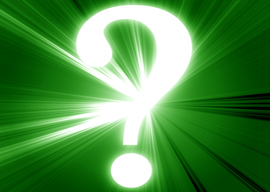 The new Doctor Who is a woman. “All the cool humans are thrilled,” cooed Mashable; “Pissboys Are Melting Down,” added Dorkly (when did nerds start talking like bitter drag queens?). The Telegraph was slightly more sober and wrote off the whole thing with “Who cares?” It doesn”t matter to the establishment left because we”ve already established that men are exactly the same as women”especially when it comes to fiction. They see nothing wrong with female superheroes and action stars. It’s 2017, after all.

Charlize Theron’s Atomic Blonde got a $30M budget and she’s been scoped to become the new James Bond. Thor thinks she”d be great and women’s magazines declare she is “the James Bond we need now.” They also like the idea of Bond girl Halle Berry from Die Another Day trading in her orange bikini for a tux and becoming 007. If Jaws from Moonraker tried to rip her head off she”d just grab him by his seven-foot frame and toss him aside like a bag of dirty laundry. We”d sit there pretending physics doesn”t exist and rejoice in the egalitarianism of it all.

“I don”t want the new Doctor Who to give up her life to travel through time fighting robots.”

Have you ever been assaulted by a woman? It’s painless. As a feminist, I don”t think it should be a rule to “never hit a woman,” but punching back any more than one time for every twelve she hits you seems unnecessarily cruel. They have no upper-body strength. The fastest a woman has ever thrown a baseball is 69 mph. For men, it’s 105. I don”t want to watch women pile-driving bank robbers and knocking out villains because it looks stupid. When Jeffrey Tambor puts on a dress and a wig, I don”t go, “Who cares?” I laugh and say, “That guy looks ridiculous.” I do this because I have eyeballs and they”re still connected to my brain.

Geena Davis has entire seminars devoted to getting more women into action movies. They insist the only reason we don”t watch 130-pound supermodels kick the shit out of MS-13 is sexism. That’s insane. The reason we don”t see more movies like this is because the free market doesn”t ask for it and the free market doesn”t ask for it because it’s not natural. Nerds are scared to death of pretty women and aren”t fazed when they see them do superhuman acts of violence, but those of us who have had sex get worried when we see little girls in a fight. They have smaller bones. They”re more likely to pull a muscle. They”re more delicate. Their bodies are more valuable. Women can create human life. As Ann Coulter says, “Women are sentient.” What’s more feminist than that?

I don”t want the new Doctor Who to give up her life to travel through time fighting robots. She looks like she’s in her 30s. Does she have any kids? (The actress who plays her, Jodie Whittaker, has a toddler, but she’s 35 now so there probably won”t be more, which is a shame.) These are normal questions to ask when you see a character give up on society. You wonder if she was molested or maybe she spent some time in prison and doesn”t want to be seen again. You assume her husband died, poor thing. That’s not heroic. It’s tragic. It’s heroic to see a woman with five happy kids and a loving husband contribute to her community. She used her powers for good. To see a woman wander off into space is heartbreaking.

Unfortunately, “equality” today is about taking away the one magic power women have in real life and replacing it with becoming a fictional badass. I don”t get it. It’s like living in a society with wizards and demanding they be equally represented in punk bands. He could turn you into a frog or cure a kid’s cancer, but we have him playing bass for Anti-Nowhere League. Even in that scenario, bandmates would likely ask him to use his magic powers to lift an amp or turn a flat tire into a brand-new one. I think it would be a cruel and unusual punishment to take away Gandalf’s staff and replace it with a Fender Deluxe, but that’s exactly what all this propaganda is doing. They are replacing magic with bullshit.