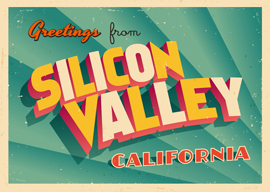 Back in March, I asked in my Taki’s Magazine column “Diversity Versus Debate”:

Does the increasing campus hysteria and antirationality portend bad news for Silicon Valley? If students increasingly grow up in a culture in which the person with the most wounded feelings rules, will they be able to code emotionless computers as well as in the past?

With the tech industry already immense, and soon to attempt to take over the auto industry with self-driving cars, those are trillion-dollar questions.

We may have gotten a hint of an answer this week whether blue-state America’s worsening climate of science denialism will backfire on the giant tech quasi-monopolies when Google CEO Sundar Pichai publicly fired a software engineer for writing a carefully argued memo, “Google’s Ideological Echo Chamber.”

The brilliant young coder is James Damore, a former doctoral student in systems biology at Harvard. In case you are wondering what systems biology is, here’s Harvard’s explanation:

Systems Biology aims to explain how higher level properties of complex biological systems arise from the interactions among their parts. This field requires a fusion of concepts from many disciplines, including biology, computer science, applied mathematics, physics and engineering.

Ironically, Damore was fired for defending Google against the libel that only rampant sexism can explain why the second-richest company in the world doesn’t employ 50 percent women in technical jobs (much as Larry Summers was forced out as president of Harvard a decade ago in sizable measure for defending Harvard from similar charges).

“The New Sensitivity is a perpetual motion machine for extracting payoffs that has evolved over decades of trial and error.”

In response, the Google CEO argued, in effect, that Google’s female employees, being highly emotional and not very logical women, can’t be expected to not take personally abstract masculine concepts such as “averages.”

It’s not punching down for the Indian-born CEO of Google (who was paid $200 million last year) to fire a twentysomething coder, it’s punching up because the victim’s a white male, just as it wasn’t punching down for Apple CEO Tim Cook to attack an Indiana pizza maker because Tim is gay. (In today’s zeitgeist, the billionaire always wins.)

Granted, all of this sounds ridiculous, which it is. If Google’s CEO actually believed that his firm was leaving money on the table by not employing enough women (or black or Hispanic) engineers due to sexism, it would be his fiduciary duty to hire far more.

But of course he has zero intention of doing much of that.

Why can’t Google, with all its money, find as many women as men?

For one reason, because coding doesn’t much appeal to women. My wife, for instance, used to be a computer programmer. She was good at it, but it’s a boring job if you find people more interesting than things. Further, American programmers used to be rather well paid, but then the H-1B visa program allowed employers to substitute cheaper Asian men for American women.

Google became the second-most valuable company in the world (following only Apple, an especially white-male-led company) largely on the strength of its hardworking white and Asian male workforce. For Google to blow up $655 billion in market capitalization by taking seriously the current year’s Narrative about how diversity is our strength would be insane.

On the other hand, $655 billion inevitably attracts parasites.

It’s important to understand the recent political history to have a sense of where things are headed.

The firing of Damore for telling the truth reflects a general trend pushed by the government for a generation for shutting down free expression at work. Veteran legal analyst Walter Olson noted yesterday:

…Government pressure on employers to ban speech consisted less of direct you-must-ban mandates and more of litigation incentives. Legal or HR will counsel employer that allowing the bad speech to go undisciplined might be a Title VII offense, or evidence of one…. So as a way of evading responsibility it’s kind of brilliant. Those in power can blame private actors who in turn feel their hands tied.

…Hostile-environment law is not content-neutral. It plays favorites on topics and on sides of topics…. And speech cited in suits against employers was “frequently not at all obscene but often highly political and analytic in content.” Meanwhile, a search then [in 1997] found not “a single case in which feminist assertions have been ruled to contribute to a hostile environment.”

In truth, feminism is hostility.

A few decades ago, you could waste some money on affirmative action hires, give them nice titles and offices, and often they’d happily let the real workers get back to work.

But today’s quota kids have been trained to sniff out microaggressions against their amour propre. If anybody like Damore objects, it’s proof of sexism, racism, or whatever else the government’s out to crush. The New Sensitivity is a perpetual motion machine for extracting payoffs that has evolved over decades of trial and error.

Yet for the longest time, Silicon Valley considered itself not subject to the civil rights bureaucracies and social pressures that pester the more uncool parts of the business world.

Why? Because it was high-tech and thus it was good. Disparate impact in hiring must be the result of old bad prejudices, so, obviously, futuristic tech companies shouldn’t have to worry about not hiring many women or blacks.