The Trouble With Texas 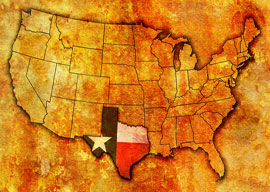 Is Texas about the best fate that a heavily Hispanicized America can hope for? In a future United States that won’t be able to generate all that much per-capita wealth, is Texas‘s system of cheap labor, cheap land, cheap taxes, and cheap government the only plausible future for the economy?

These are questions I’ve kicked around for much of the 21st century. My long-time readers will note that several of my old ideas on affordable family formation and the differences between red states and blue states comprise the backbone of Tyler Cowen’s cover story in the current issue of TIME, “Why Texas Is Our Future.” Cowen’s arguments are not all that well thought out, but his long feature is interesting as an example of the weird, almost Straussian influence I seem to have on what’s considered cutting-edge thought in the mainstream media.

This TIME essay is intended as publicity for the prolific George Mason U. economist’s umpty-umpth book, which he has given the unfortunate Tom Friedmanesque title Average Is Over: Powering America Beyond the Age of the Great Stagnation.

A bright fellow and an exceptionally fast reader, Cowen’s intellectual potential was long held back by his conventional 1970s-style libertarianism. In this decade, however, Cowen’s worldview has come more under my influence, which has ironically helped give him a growing reputation as an important new thinker.

For example, here is Cowen’s halfhearted 2009 attempt to denounce me on his Marginal Revolution blog: “Why Steve Sailer is wrong.” The comments, in which Cowen gets thoroughly drubbed by his readers, are illuminating. Cowen is not stupid, and years of losing arguments with me have taught him valuable lessons.

“It’s hard to say much that is nontrivial about Texas or the future of America without daring to mention demographics.”

Thus, in his much-lauded 2011 e-book The Great Stagnation, he argued that American economic growth was slowing because we were running out of three traditional Sailerian blessings or “low-hanging fruit:”

Cowen’s first point”that America enjoyed cheap land from driving out the Indians”derives from Benjamin Franklin’s largely forgotten 1751 essay “Observations Concerning the Increase of Mankind,” in which the first of the Founding Fathers points out that the superiority of the average American’s standard of living over the average European’s is mostly due to Americans enjoying a larger supply of land and a lower supply of labor. Proceeding from this breakthrough insight a half century before Malthus, Franklin went on in his landmark work to call for immigration restriction. (Of course Cowen can’t bring that up.)

The Great Stagnation’s second argument”a technological slowdown outside computers (which I’ve long called “Dude, Where’s My Flying Car?”) is commonplace. Yet Cowen followed my lead in pointing out that the flattening of the curve in the speed of transportation is, in effect, a throttling of the supply of land. The spread of cars and freeways in the postwar era had vastly increased the effective supply of land for homes, making family formation cheap during the famous Baby Boom. If we had flying cars by now, as all the science-fiction books had promised, we would have time to commute to homes hundreds of miles from our jobs. That would effectively increase the supply and thus decrease the price of land for homes.

In my 2011 review in VDARE of The Great Stagnation, I noted:

…Tyler’s thinking, while improving, still needs more sophistication. Cowen focuses a little too much on wages adjusted for inflation. He misses the bigger picture: the relation of income to the true cost of middle class living. The Consumer Price Index tends to systematically underestimate…the cost of sustaining your family into future generations…the ability to marry. In America, the cost of marriage and children is, typically, the price of a house with a yard in a satisfactory school district.

Cowen’s new TIME article on Texas fixes some of the shortcomings in his last book by obsessing over how abundant and thus cheap land is in the Lone Star State:

As an economist and a libertarian, I have become convinced that whether they know it or not, these migrants [from other states to Texas] are being pushed (and pulled) by the major economic forces that are reshaping the American economy as a whole: the hollowing out of the middle class, the increased costs of living in the U.S.‘s established population centers and the resulting search by many Americans for a radically cheaper way to live and do business….And more crucially, it’s cheaper to live in Texas and cheaper to thrive there too.

Why is California, for instance, so expensive and Texas so cheap? “God wanted California to be expensive,” Kolko says, with its ideal climate and attractive but limited real estate squeezed between the mountains and the ocean. The demand for a piece of the California dream was destined to be expensive, and lawmakers passed strict building codes to add to the bottom line.

Texans might argue that they have some beautiful real estate too, but in the wide-open spaces surrounding the state’s major urban areas, there is no ocean to constrict growth, and there are far fewer stringent rules.