The True Disciple of Saul Alinsky 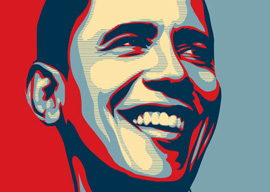 Treasury Secretary Tim Geithner’s opening bid to Speaker John Boehner, a demand for $1.6 trillion in new taxes, was not meant as a serious offer. It was an ultimatum couched in an insult. Translation:

“We won the election. We have the whip hand. Not only are you going to sign on to higher tax rates and higher tax revenues, we are going to rub your Tea Party noses in your coming capitulation.”

That Boehner did not throw the offer back in Geithner’s face and tell him, “Give me a call, Tim, when you’re serious,” suggests that the speaker feels he is holding a losing hand.

He wants a deal where the GOP agrees to higher revenues and the White House agrees to cuts in future entitlement outlays. But the Obamaites are looking to dictate terms. They want a triumph. If that means casting Boehner as the Neville Chamberlain of the GOP, so be it.

What explains their hubris?

Two years ago, Obama had to eat crow and extend the Bush tax cuts. Now it’s payback time. And behind their arrogance lies a belief that the GOP cannot say no. For if the Bush tax cuts and the payroll tax cuts expire on Jan. 1, Americans will face the highest tax hike in history.

—Every family earning up to $100,000 would see 2 percent of its income lopped off, as the employee half of the Social Security tax rises from 4.2 to 6.2. percent. The discretionary income of Middle Americans would be ravaged.
—The federal tax rate on capital gains will rise from 15 percent to a maximum 24.7 percent, a jump of 60 percent.
—The federal tax rate on interest and dividends will triple from 15 percent to a maximum 44.7 percent.
—Where $5 million of an estate can now be passed on to one’s heirs non-taxed, that will be cut to $1 million. And the death tax rate would shoot from 35 percent to a neo-Marxist 55 percent.

Even Senate Democrats fear this would force a selloff or breakup of family farms and family businesses at death. Yet somewhere, the radical socialist Saul Alinsky, who inspired the young community organizer, is smiling.

Why does Obama see himself in the catbird seat, though his demands are intolerable to the GOP and, absent a deal, he risks taking the country over the cliff Jan. 1?