The Truth About Progressive Companies 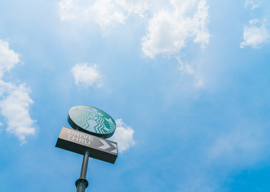 Take a recent job ad on Craigslist, “Holistic Company Seeks Cleaners and Organizers with Artistic Eye” (in what follows, the italics are all mine): “Volta Naturals is an all natural cleaning company in Philadelphia. We are in need of creative, interesting folks who want to spend their time caring for other people by making their houses look and feel wonderful…. We work hard, cleaning deeply and swiftly. We go above and beyond—organizing and decluttering.”

Notice how the progressive who wrote this tries to both obscure and advance his economic motive. He wants “creative, interesting folks.” Here is an appeal to vanity, and a cynical awareness that some of the potential employees are likely to be liberal arts graduates who have found that their MFA and Women’s Studies degrees not only didn’t teach them how to think or write well, but are nearly useless outside of academia, which, outside of STEM, is itself now worse than useless.

What is more, you’ll be “caring for other people”—that is, by sweeping their floors and cleaning their toilets. This is an activity that shall make “houses look and feel wonderful.” But houses cannot look or feel? No matter. The writer is a most enthusiastic fellow.

For example, homes, he says, are “not only clean but thoughtfully put together.” More “caring,” this.

And again, “We practice the KonMari method, helping our customers find the joy in their space.”

“We should expect the workplace to become more and more suffused with this curious blend of Protestant priggishness and progressive ideology.”

Enlightened souls need not trouble themselves about environmental concerns, because Volta Naturals uses “homemade, all natural, cleaning products.” Here, too, the economic motive is obscured by means of ideological appeal. This is no ordinary job. Unlike other companies, you won’t be harming the earth, but will be working for those who—like yourself!—are in the know, on the right team, and with an “artistic eye” to boot.

This is a physical job.
You will work under time constraints.
You will be around dust, animal hair, and the like.
You will be expected to carry supplies to and from houses.
You must be able to get to every job on time. Transportation is a must.

To be sure, it’s no accident that we get this information at the end of the ad. The purpose of the language up to now has been to manipulate potential employees by means of sentimental ideology. Doubtless many are not deceived. Still, they know that they had better play the game, so long as they need the work.

gives multinationals credibility in local markets and plenty of on-the-ground knowledge. Fixing problems is an entryway into the hearts and minds of consumers. It’s a crucial part of reaching the 3 billion people who live on less than $2.50 a day…. [There] is a huge market for products that target the world’s poorest.

By “problems” Schiller means the need for food, clean water, affordable housing, sanitation, and so on. For globalists, the developing world is potentially a source of immense profit. And it would be unrealistic, people being what they are, to expect globalists to not want to profit a great deal while trying to “help lift others out of poverty.” Nor should we be altogether cynical about the latter aim; for though few men are saints, there are people in the corporate world who try to help others.

The distasteful thing is that this appearance of altruism is so often just that—merely an appearance, not indeed sincere.

Not to mention obtrusive. About three years ago, for instance, then Starbucks CEO Howard Schultz got it into his head that his employees should do their part to initiate “a national conversation about race.” To this end, employees were also encouraged to write “race together” on Starbucks coffee cups. Needless to say, although Schultz seems to be a sincere and well-meaning man, his idea was an embarrassing failure.

For no one but the craziest left-wing ideologue wants to have random conversations about race while buying his morning coffee. Besides, unlike many intellectuals, most Americans know that race in America is not a problem in the progressive sense: There is no white supremacy, and unlike Asians, blacks are not discriminated against as a class. In terms of achievement, blacks do lag behind the other races, but that is a reflection of the state of the black family, nor will it improve unless blacks stop blaming white people for their own problems.

While its main purpose, like any other company, is to generate revenue, Starbucks is unique in that it presents itself as “forward-thinking.” And yet, in the moral sphere Starbucks has proved to be no better than the ordinary nonprogressive company. Of course, it gives a lot of money to charity, but what big company doesn’t do that these days?

Moreover, in regard to moral issues, Starbucks does a lot of harm. It is like the coddling mother whose goodwill is a kiss of death, her children growing up to be spoiled, entitled, and querulous. We see this from the current controversy concerning the Starbucks in Philly. On April 12, two black men, after having been seated for some time, requested to use the bathroom. The employees informed the men of the company policy, namely, that only customers may use the bathroom. Since the men, rather strangely, had not purchased anything, the employees then asked them to leave. The men refused, so the store manager called the police. Two police came, but the men still did not yield. So several more police were called to the scene, and at length the men were arrested.