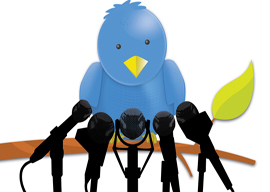 Last week I wrote about Facebook, censorship, and the danger of relying upon these supersized social-media conglomerates to get your message out, particularly if that message is deemed “offensive” (i.e., “conservative”).

Now, according to one report, Facebook’s rival Twitter is “preparing to introduce new measures to reduce the visibility of “hate speech.””

For a company ostensibly in the communication business, Twitter’s public utterances can be head-scratchers. One longs for the rise of a Twitterologist in the tradition of the Kremlinologists of the past and the Vaticanologists of the present.

This First World problem is apparently so pervasive and corrosive that the government’s new defamation law may include a troll-tracking provision.

(This is the same country where an actor sued a journalist who described him as “hideously ugly“”and won. A country in which performers such as Rowan Atkinson, John Lydon, and the Carry On crew are among its few remaining exports.)

Naturally, he has no idea how to make all of these things happen simultaneously on the platform he’s constructed”one that was never designed to hold so much weight.

Comedian Louis C.K. can “drunk Tweet” to his thousands of followers about Sarah Palin’s surprisingly fascinating vagina without consequences. In theory, under the new Costolo/UK libel dispensation, the comedy star should be subject to the same punishment”a lifetime Twitter ban?”as any anonymous troll. Yet the very thought of every hipster’s favorite standup being banned from Twitter is laughable.

Meet one Russell Barth, a Canadian leftist whose self-penned Twitter profile is impossible to improve upon: