The UK: Woefully Unprepared for War 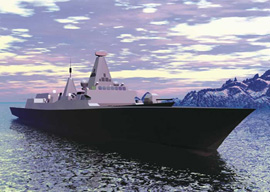 So action finally replaced inertia, the White House’s dithering gave way to resolve, and the warplanes and cruise missiles are flying over Libya just in time. It has all provided a useful reminder of how dangerous the world can be and how quickly and unexpectedly a crisis can evolve into combat. Cold war can always turn lethally hot, and rhetoric can always erupt into conflict.

Over the past thirty years, not a single military scenario in which Britain has become involved”the Falklands, the Gulf War, the invasion of Iraq and occupation of Afghanistan, the rescue of hostages in Sierra Leone, and now Libya”was actually predicted or planned for by the politicians and war-gamers. Events have a nasty habit of taking us by surprise.

Our security depends not only on diplomacy, dialogue, and understanding, but on the means to project force when all else fails. In a fragmented world order, threats can develop anywhere. Try and gaze into the future: an unstable Middle East, a nuclear-armed and terrorism-exporting Iran, a bolshy Russia and bullying China, conflicts over oil and water and other scarce resources, tsunamis and earthquakes, and myriad natural disasters. All manner of dangers exist and we may be forced to respond.

“Our security depends not only on diplomacy, dialogue, and understanding, but on the means to project force when all else fails.”

We need British armed forces with reach and flexibility and a serious punch. Our Tornado aircraft fly 3,000-mile round trips to fire their Storm Shadow missiles. A Trafalgar-class nuclear submarine joins its American cousins in launching Tomahawk cruise missiles. But look again at our overall posture and contribution to Libya and what is planned for the long term. The frigate HMS Cumberland”currently supporting operations off Libya and critical in removing British refugees”is to be scrapped; the Tornado force is to lose two squadrons (including one at RAF Marham, from which the long-range air strikes were launched); and two RAF Nimrod reconnaissance aircraft, temporarily reprieved for the Libyan operation, are soon to be retired with no replacements ordered.