The Vengeance of Edward Said 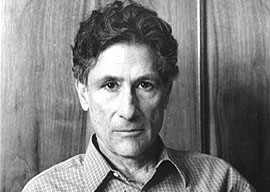 Contemporary white progressives cater to the most regressive tendencies of the various Others.

Anybody who can get themselves classified as an official Other-American is today repeatedly encouraged to play the race card, the religion card, or the sex card in the most intellectually crude, bigoted manner possible. Open-mindedness is only an obligation for American-Americans.

You can see it in the Establishment’s hunt for ever more Other Others, such as the transgendered and Muslims. A few years ago, for example, Mexicans were the great beige hope of the Establishment. Yet you”ll notice that Mexicans have proved disappointing and been displaced by Muslims in the elite’s dreams of demographic avengers.

Mexicans may be kind of backward when it comes to education, television, and safety (I call them Extreme Texans), but they just don”t have the energy or ideology to hate average white Americans enough for our ruling class” tastes.

When Mexican cartelistas behead their rivals, for instance, it’s just part of the cocaine cartel trade. No hard feelings, it’s only business.

In contrast, when Muslims behead nonbelievers, heretics, and apostates, it’s because they hate you. The beheaders consider themselves the true adherents of a mindset with an impressive 1,400-year track record of imposing submission upon its victims.

And that’s the kind of energetic, intense immigrants our Ruling class most lusts after at the moment to stick it to the despised Ruled: Iron Age fanatics.

You might think that the Establishment would consider compromising by, say, importing Muslims more likely to be moderate and not so inclined to go jihad, such as by favoring Malaysians, Bangladeshis, and Bosnians.

But no, the truly important thing, we are told, is that we must take in Muslims from the most zealous countries such as Syria, Iraq, Libya, and Yemen. The more we”ve bombed them, the more we want their survivors to move here so their descendants can more conveniently bomb us.

“No one ever expended more brainpower to encourage stupidity than Said did in Orientalism.”

I”ve been thinking about this tendency for white liberalism to encourage nonwhite reactionaries as I”ve been reading perhaps the most influential left-wing book by a Middle Eastern immigrant in American academic history, Edward Said’s 1978 tome Orientalism.

Said was a superbly cultured man. But his legacy has been to make Americans dumber”and smugger over being dumber”about the Arab world.

And that was not an unintended consequence.

Born in Jerusalem in 1935, Said was the wealthy son of a Palestinian Christian father with U.S. citizenship and a Lebanese Christian mother. He used the word “Orient” not in the American fashion of referring to the Far East, but in the European manner of referencing the Middle East and North Africa.

Reading Orientalism almost four decades later, it’s striking how useless it has been for helping anyone understand the Middle East.

That was Said’s intention. Knowledge is power, he believed, so he wanted Westerners to be more ignorant about his homeland in order that they would have less power over it.

No one ever expended more brainpower to encourage stupidity than Said did in Orientalism. He achieved his goal of increasing obliviousness by promoting anti-intellectual ploys, such as castigating pattern recognition as stereotyping the Other, that are now used by even the dimmest social justice jihadi, but which seemed relatively novel in 1978.

What’s more interesting than Said’s means were his motivations.

He was much celebrated in academia before his death in 2003 as a radical advocate of the Third World (for example, he broke with Yasser Arafat because Said thought the PLO too moderate).

But it’s worth attempting to think about Said instead as a conservative with natural, healthy concentric loyalties to his clan and race, a man who successfully did subtle but substantial damage to the traditional enemies of the Arabs by undermining the self-confidence of Western scholars and students and deconstructing our tools for understanding.

It can be helpful to think of Said as one of those “natural aristocrats” that the American founding fathers saw as rightfully destined to rule. He was a brilliant literary critic, a near professional-level classical pianist, and almost movie-star handsome. His many friends considered him a superior individual.

But cruel accidents of history deprived Said of a nation to govern and sent him into exile in the capital of his enemy, New York, where he became a professor of European literature at Columbia.

Said’s youth reminds me vaguely of that of another outsider who came to New York to make his name in literature, the conservative satirist Tom Wolfe. Much as Said’s Palestinian heritage put him on his guard in WASP and Jewish New York, Wolfe is a proud son of the Confederacy.

The Virginian’s protÃ©gÃ© Michael Lewis recently read through Wolfe’s old letters to his parents and reported that he saw little sign of Wolfe’s brilliance while he was a contented undergraduate at traditionalist Washington and Lee University.

But as soon as Wolfe arrived at Yale in the North for his Ph.D. in American studies, his coruscating talent emerged in poking fun at Northern liberals. Of course, almost two-thirds of a century later, Wolfe is still in the Northeast, but his literary career can perhaps be summed up as one Southerner’s campaign of revenge upon the Yankees for defeating his ancestors at Gettysburg.

Said’s alienation from the power structure began earlier at a British-run boarding school, where a classmate was the future King Hussein of Jordan. Said recalled, “I was an uncomfortably anomalous student all through my early years: a Palestinian going to school in Egypt, with an English first name, an American passport, and no certain identity, at all.”