The War Drums Are Getting Louder 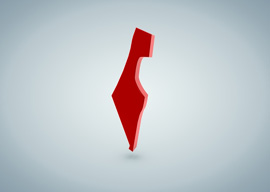 Here we go again! Scary sofa samurai Robert Kagan, a neocon so-called foreign-policy scholar, is also an expert on war, having watched a lot of Hollywood movies. Kagan says that if Obama were to use force against Iran, the election is over and he would win overwhelmingly. Kagan and his brother are inside-the-Beltway hucksters, always hustling and doing Israel’s bidding, although not necessarily for cash. Zionists have countless ways to remunerate American citizens who are loyal to Israel. That’s what the neoconservative movement was and is all about.

I remember some twenty years or so ago running into Gore Vidal at a London book party. We had a very close common friend, Maria St. Just, who was Tennessee Williams’s muse and probably the reason poor old Tennessee was gay. Lady St. Just was the only woman he had slept with, and she was a real man-eater. Maria was Tennessee’s literary executor, and my wife was Maria’s executor, which are two different things. Gore pointed this out and told me to make sure people remained confused. “Every producer the world over will come knocking at your door, you”ll have actresses stripping for you….” Well, that was the last thing I wanted, and I made the distinction clear in print soon afterward.

“Obama may be useless as president, but at least he resists playing the hit man for Netanyahu and the wild men of Likud.”

Gore Vidal was a patrician American who wasn”t shy to question the loyalties of Zionists such as Irving Kristol (pere et fils) and Norman Podhoretz, whom he always referred to as Poddy. They threw mud in return, calling him an anti-Semite, but he was too big for them. They failed to make him a nonperson, however hard they tried. No Joe Sobran he.

And now we”re back where we started ten years ago. The war drums are getting louder by the minute, the neocons are out hustling in print and on television screens spreading the word from Tel Aviv, and the hundreds of thousands of dead after the disastrous wars of Iraq and Afghanistan are long forgotten. Netanyahu wants to bomb Iran, and Mitt Romney has made it clear that he will send American planes and warships to assist him if he wins the White House.

Obama may be useless as president, but at least he resists playing the hit man for Netanyahu and the wild men of Likud. He realizes that every country we “liberated””Iraq, Afghanistan, even Libya”hates our guts. The world knows that Israel is the Middle East’s only nuclear (illegal) superpower. When Netanyahu calls Iran’s nuclear plants an existential threat, I”m sure he breaks down laughing in private. Iran would be vaporized in a day if it tried to launch a nuclear-tipped missile, however crude. The mullahs know it, Netanyahu knows it, Obama and Romney know it, yet Uncle Sam is being held hostage to the extent that Obama is begging Israel to hold off attacking Iran until after the November elections.

What in hell’s name is going on here? Are the American government’s executive and legislative branches taking orders from Jerusalem? The answer, alas, is a resounding YES.