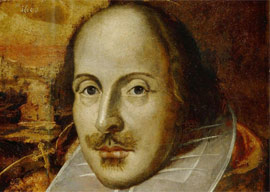 In the October 3 edition of Faber’s “The Gloom, Boom & Doom Report” newsletter, he committed the following unforgivable speech crime:

I am not a racist, but the reality — no matter how politically incorrect — needs to be spelled out…thank God white people populated America, and not the blacks. Otherwise, the US would look like Zimbabwe, which it might look like one day anyway, but at least America enjoyed 200 years in the economic and political sun under a white majority.

When CNBC pressed Faber to defend his obviously fraudulent and deeply hurtful comments, he was impenitent:

If stating some historical facts makes me a racist, then I suppose that I am a racist.

He was equally steadfast in a comment to MarketWatch:

I am just saying that progress would not have been the same….Europeans brought science to America. They brought technical skills.…I am not sure the Africans would have done that.

A DRUG TO CURE XENOPHOBIA
If you’re kept awake at night by unfounded fears of gentle migrants that are based in your own feelings of sexual inadequacy and your failure to accept a guilt rap for your skin color, fear no more—they’re working on a pill for that. A recent study published in the Proceedings of the National Academy of Sciences says that administering oxytocin—AKA the “cuddle hormone”—will lower bigots’ irrational resistance to having their land, culture, and posterity swept right out from under their feet. It may even relax them to the point where they don’t mind being raped.