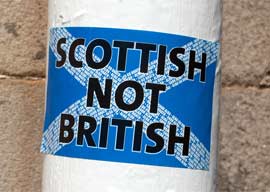 A TRANSGENDER PICTURE BOOK FOR KIDS
Preteens who believe they were born with the wrong genitals”yes, they exist, and they”re being encouraged to believe that such fantasies are ultimately healthy”now have a “groundbreaking new picture book“ encouraging them to erase the line between make-believe and reality. I Am Jazz tells the…

story of a transgender child based on the real-life experience of Jazz Jennings, who has become a spokesperson for transkids everywhere…From the time she was two years old, Jazz knew that she had a girl’s brain in a boy’s body….she tells it in a simple, clear way that will be appreciated by picture book readers, their parents, and teachers.

According to data provider Equilar, 2013’s highest-paid female CEO was Martine Rothblatt”born Martin Rothblatt”who raked in over $38 million last year. According to any DNA test administered to Rothblatt, he is still a man.

A “Miami-based entertainer“ who calls himself Tatiana Williams has reportedly spent nearly $100,000 on black-market silicone buttocks injections in his quest to become the steatopygian woman he thinks he was born to be. Each buttock reportedly contains eight pounds of silicone shot into Williams’s posterior in an inherently dangerous process that has killed others. “I”m one of the lucky ones and I knock on wood everyday thanking God that he brought me through.” Williams apparently didn”t explain why God created him as a man.

Gender dysphoria is still recognized as a mental disorder. The difference between it and schizophrenia is that no one”at least not yet”is celebrating schizophrenia as a healthy alternative lifestyle.

SPREADING HIV LIKE PEANUT BUTTER ON TOAST
Forty-five-year-old British undertaker Alan Mason has been sentenced to 32 months behind bars for knowingly infecting his girlfriend Kara Wilkinson with HIV. Wilkinson, 42, claims that her infection has led to hair loss, pneumonia, osteoporosis, and four heart attacks. “He’s ruined my life,” she says.

An unnamed native of Sudan who”d moved to Canada has been found guilty of knowingly infecting his bride with HIV. He was convicted of aggravated sexual assault and faces up to 14 years in prison.

A 43-year-old HIV-positive Texas schoolteacher has been arrested and charged with sexual assault of a child after admitting to having sex with a 15-year-old boy at least four times.

A Seattle man who has been fully aware of his HIV-positive status since 2008 appears to have knowingly infected eight sexual partners with HIV, yet a judge has only ordered him to get medical treatment and see a counselor. If he does not comply, he may be hospitalized or, in a worst-case scenario, charged with contempt of court for effectively murdering eight people.