The Will to Outrage 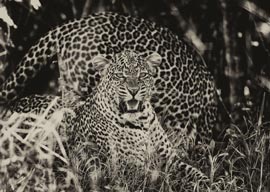 There is no racist like an antiracist: That is because he is obsessed by race, whose actual existence as often as not he denies. He looks at the world through race-tinted spectacles, interprets every event or social phenomenon as a manifestation of racism either implicit or explicit, and in general has the soul of a born inquisitor.

That is why a recent cartoon in the Australian newspaper aroused the ire”I suspect the simulated ire, the kind of pleasantly self-righteous ire that we can all so easily work ourselves into if and when we want”of the guardians of racism purity.

The cartoon in question was by Bill Leak (who is no respecter of persons), and it showed a group of impoverished Indians sitting on the ground trying to eat some shards of smashed-up solar panels that had been given to them by the United Nations. One of them says, “It’s no good, you can”t eat them.” Another replies, “Hang on, let me try one with a bit of mango chutney.” The title of the cartoon was “Aid Ã  la Mode.”

It was obvious to me that this was intended as a satirical comment on the deliberations of the recent climate conference in Paris, and not on poor Indians. The cartoonist meant to imply that climate change was principally the concern of the spoiled political class of rich nations, and that efforts to reduce worldwide carbon emissions from energy consumption would not benefit the desperately poor, quite the reverse: Rather they would inhibit the breakneck industrial growth that has lifted and is lifting so many millions out of abject poverty in countries that not long ago were deeply impoverished. There is even the suspicion that rich nations want to inhibit the breakneck industrial growth not so much to save the planet as to preserve their position relative to poor nations. At the very least, the cartoon was a variation on the old English proverb that fine words butter no parsnips; but it could also plausibly be interpreted as a protest against dishonest Western moral and intellectual imperialism.

“The will to outrage precedes any object to which it might attach, and many people wait as if in ambush for something to feel angry about, pouncing on it with leopard-like joy.”

But that is not how the entrepreneurs of outrage chose to interpret it. Instead they chose to interpret it as a deliberate slur on the capacities and intelligence of ordinary Indians, who (they claimed) were depicted as so stupid and backward that they did not understand the benefits of harnessing and using solar energy. The fact that, even after so much rapid economic growth, millions of Indians would understandably be more concerned with obtaining their next meal than with the alleged fate of the planet was missed by the deliberate obtuseness of these entrepreneurs of outrage, an obtuseness motivated by their desire to “maintain their rage” (to quote a former Australian prime minister addressing his supporters on being deprived of office).

Now, I have no idea whether the harnessing of solar energy is a sensible policy for India, or whether it would merely be an opportunity for corruption and illicit private enrichment on a vast scale”or both, of course, since they are not diametrically opposed.

No one who has experienced the pollution in India or China could doubt that it is a very serious problem (as it is, to a lesser degree, in the South of France, where one can detect the pollution by the smell and gritty quality of the air as one approaches within fifty kilometers of Marseille), though whether such pollution can be dealt with only or even significantly by the use of solar energy is another question. But it is not the function of cartoonists to present a balanced view of a complex question; their method is the reductio ad absurdum of the side with which they disagree.

The reaction to the cartoon, however, was indicative of what one might call the will to outrage. This will precedes any object to which it might attach, and many people wait as if in ambush for something to feel angry about, pouncing on it with leopard-like joy (the leopard, so I was told in Africa, is particularly dangerous, for it kills for pleasure and not only for food).

Outrage supposedly felt on behalf of others is extremely gratifying for more than one reason. It has the appearance of selflessness, and everyone likes to feel that he is selfless. It confers moral respectability on the desire to hate or despise something or somebody, a desire never far from the human heart. It provides him who feels it the possibility of transcendent purpose, if he decides to work toward the elimination of the supposed cause of his outrage. And it may even give him a reasonably lucrative career, if he becomes a professional campaigner or politician: For there is nothing like stirring up resentment for the creation of a political clientele.