The Will to Pander 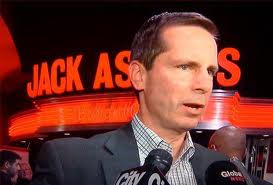 Immigration is a hot topic up here in Canada right now.

It has been that way for decades if you’re a white, working-class “citizen” of Trudeaupia. But by order of our elite betters, our candid chatter about “those foreigners taking over the country” who are “breaking the law” and “living on welfare” is relegated to barrooms or around card tables.

(Dare to post an anti-immigrant “poem” on your website, and the nation’s thought police will shut it down and prosecute the webmaster. Then, without a hint of irony, they’ll proudly repost the dangerous, deviant “poem” on a Government of Canada website as a kind of game trophy. Yes, that really happened.)

Great news, though: Our elite betters have recently granted us permission to more or less openly discuss immigration, albeit within their own strict parameters, which include them still getting to call us “racists” when they feel like it.

Here in Ontario, an election is coming up. If you’ve just awakened from an eight-year coma and are wondering how Norman Bates came to be provincial premier, wonder no more: That’s just Liberal leader Dalton McGuinty, a smirking fellow who wooed his now-wife with the pickup line, “Can I borrow a dime for the pop machine?” Our incumbent’s equally baffling ability to get reelected may finally be faltering.

“Canada’s two biggest political parties promise to use your money to buy your job and give it to whichever immigrants happen to vote for them.”

The Liberal platform was “leaked” last week, and one promise stood out. As Margaret Wente explained:

Their list of election promises includes a dopey scheme to give a $10,000 tax credit to any business that hires a skilled new immigrant who’s unemployed. This half-baked idea has been correctly denounced as naked pandering to the immigrant vote – even by immigrants themselves.

“I’m absolutely worried,” Fabio Crespin, an immigrant from Brazil, told the CBC. The proposal obviously discriminates against other people who’re unemployed (including all those immigrants who aren’t so new). Worse, he says, it conjures up an “us versus them” scenario of newcomers fighting everyone else for jobs. It also fails to address one of the main causes of immigrant underemployment: the credentials problem. Nurses, speech therapists and engineers don’t need affirmative action; they need to have their credentials recognized, or to have a way to efficiently upgrade them.

Now, fine fellows such as Mr. Crespin aside, “naked pandering to the immigrant vote” was how the Liberals remained Canada’s Natural Governing Party® for the last 50 years.

When it finally occurred to the Conservatives to steal the “immigrant pandering” idea outright, they won their long-sought majority government earlier this year.

That’s one reason the differences between the two parties are less obvious than ever before.

McGuinty countered that is was Hudak’s opposition to this program that was really “divisive,” but, we were quickly assured by the CBC, he “stopped short of saying the PC leader was a racist.”