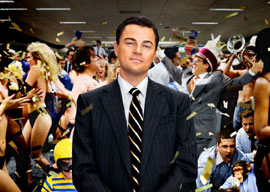 GSTAAD—If a catastrophic avalanche were to crush the Davos convention hall where the fat cats of this world were meeting recently, I’m afraid there would be a lot of discreet raising of glasses by many so-called populists, who are basically envious “haves” that have plenty but don’t particularly like people who have more than they do.

This Ed Miliband chappie is a populist, as are Bill and Hillary Clinton, not to mention a lot of white, brown, and black trash one sees in glitzy nightclubs nowadays. I’m no fan of the types that frequent Davos—people such as Sean Parker, cofounder of Napster and a partner of the ghastly Mark Zuckerberg of Facebook—but I don’t wish them to perish in an avalanche while they’re busy telling us how to improve the state of the world; far from it, in fact. Apart from being one of the seven deadly sins, envy is what splits nations, races, and people apart, and envy being an ancient Greek trait, believe me, I know all about it. Newspapers, especially lefty rags and tabloids, thrive on envy, making the reader feel like a “have not” and then some.

“There is nothing wrong with inherited wealth unless one uses it to make other people unhappy.”

Klaus Schwab, the World Economic Forum’s founder, is a serious man who means well and tries to keep the bling and glitz out of his forum, but with people such as Sean Parker throwing nonstop parties in order to self-promote, his is a Sisyphean task. It now costs 70,000 greenbacks just to be invited to attend meetings in Davos, and you’d be surprised how many people are willing to pay this amount just to be able to say they were there. Basically the people who do this try to network with bigger fish, and there are even some who go there just to attend gatherings not under the auspices of WEF. I remember the American tycoon Barry Diller stopping over in Gstaad on his way there some years ago and sort of boasting what his next destination was. When I asked him how much he had paid for the invite, he didn’t look best pleased; neither did his yes men.

Still, the WEF is a good thing and many good people attend it and the world’s economy is better off for it. No matter how the envious types wish for the avalanche to hit, there will always be those richer and more fortunate, either through their intellectual capabilities, their hard work, their luck, or—dare I say—their background. There is nothing wrong with inherited wealth unless one uses it to make other people unhappy, like driving a Ferrari at top speed while under the influence, for example, or having an entourage that pushes people around in public places, as the sons and heirs of the camel drivers from the Gulf tend to do. One of the things that bothers me about many modern tycoons is their lack of manners. Inequality will always be with us, but once upon a time inequality also meant extreme courtesy toward those less equal. Liberated from the constraints of class and race, you’d think a modern tycoon would act like those better than him in the past. To the contrary. Have any of you ever been in the company of a multi-millionaire rap star? No Gary Cooper he, no Roger Moore, certainly no Fred Astaire. Henry Ford II, whose grandfather started the Ford Motor Company, was a bit of a slob—I knew him quite well—but he tried to play Jock Whitney, however much he failed. But at least he tried. These Silicon Valley multi-billionaires make the old type gangsters such as Frank Costello and Bugsy Siegel look almost posh.