The World’s Most Dishonest Newspaper 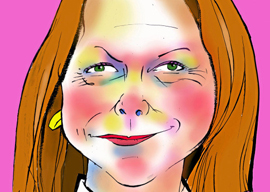 When I was last in the Big Bagel (as I call Noo Yawk), a policeman who’d been awarded countless commendations for bravery over 22 years of front-line service was allegedly murdered in cold blood by a black drug dealer. Officer Peter Figoski was 47 and had raised his four daughters on his own. His last act of duty was to respond to a robbery in Brooklyn, where the fleeing black thug reputedly shot him in the face.

The accused, Lamont Pride, was only free at the time of the shooting because he had been let loose for illegally possessing a knife by a black female judge. The ex-con was also wanted in North Carolina for allegedly shooting someone in the foot over the summer.

“The Times only prints news that fits its policies.”

The day after Figoski’s murder, while people remained in shock at the cold-blooded way the black thug shot an officer who had not drawn his gun, The New York Times ran an editorial praising the state of Pennsylvania for taking another black police killer off the death list. Mumia Abu-Jamal—or some ridiculous name like that—had even more cold-bloodedly killed a police officer lying injured on the ground. The timing was such that the Philadelphia policeman’s widow (since 1981) remarked upon it. It must have amused Jill Abramson, the new Times editor, for a slain cop’s widow to call her unfeeling. Abramson and her type do not much care what working stiffs think of them. To the contrary, they relish the fact that cops, firemen, blue-collar workers, and their ilk do not read or believe the Times.

I do not know Jill Abramson, but rarely have I seen a homelier woman. In a New Yorker hagiography, she was described as coming from a household that ordered and read two copies of the Times—a bit of a waste I would think, but who am I to judge what middle-class Jewish rug salesmen do with their money? All I know is that on her way to the Times building five or so years ago, Abramson was hit by a truck whose front was totally defaced, while she suffered a few broken bones. Now she cheers for a cop killer escaping the lethal injection while ignoring the fact that a black judge let a black thug wanted in another state walk the streets and kill.