There’s a Word for That 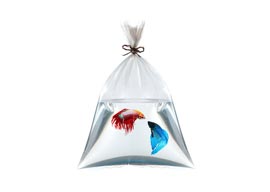 “The deflection tactic of Sundeen and his ilk deserves a name. It’s being employed with such frequency, it’s gone beyond being merely a clichÃ©; it’s now a full-fledged strategy.”

That was Taki’s own David Cole, justifiably frustrated by the left’s current favorite rhetorical gambit:

Confronted with still another example of reality’s refusal to conform to their theories, they reflexively mouth something like “But what about the Crusades/Hitler/the Spanish Inquisition/insert another inapt historical analogy here?”

Like Cole, I”ve encountered this annoying progressive tic far too often on Twitter and elsewhere. Countering these counterfactual comebacks is easy now that I”ve created a handy Evernote “cheat sheet” from which I cut and paste weaponized links about those topics above. The one about the inarguably anti-Christian Hitler Youth leader’s manual makes for a particularly effective virtual ball gag.

“They always say it comes as a relief when the doctors finally give your symptoms a name, but that’s not as true when the name is especially homely.”

(P.S. Another lethal historical injection? More Catholics were killed by left-wing atheists”like my typical sparring partner”during the Spanish Civil War than “heretics” were killed during the 350-year Spanish Inquisition.)

Anyhow, yes, we do have to give this irritating “full-fledged strategy” a name, if only, like Adam with the animals, to acquire a degree of power over this “deflection tactic.”

I”m favoring the former because it implies greater, more self-aware intent“rather than mere “Hey, look over there!” distraction on the leftist’s part. But I”m not satisfied with either.

As I was saying last week, my formerly steel-trap mind has almost rusted stuck. If I do say so myself, I was once pretty good at coining words and phrases. I remain particularly proud of “underbussing,” which Word Spy wrongly attributes to another Canadian blogger, who in fact got it from me a month prior.

Alas, I now rely on sites like Word Spy to keep me up to date on the latest neologisms, and can only envy all the nimbler minds out there, minting names for each new technological development, emergent sociological phenomenon, or crowning First World Problem.

I”m deeply indebted to the comedy troupe Broken People for hammering out “bitchy resting face,” for instance. I”ve been afflicted with that “disorder” since around the age of 5, judging by photographs, in which I invariably look like a squat, dirty-blond, bell-bottomed version of Wednesday Addams. I don”t actually care“the affliction’s worst side effect has been all the hobos shouting, “SMILE!!!“ at me on the street”I just never liked the clinical descriptor “flat affect.”

(Related: The thing I most loathed about being diagnosed with lupus wasn”t the arthritis or the fatigue or even the bright pink facial rash, but the uncommonly repulsive word “lupus.” They always say it comes as a relief when the doctors finally give your symptoms a name, but that’s not as true when the name is especially homely. Why couldn”t I at least get a prettier-sounding disease, like “malaria” or whatever the hell “thrush” is? Also, if, as the old vaudevillians used to say, “words with a k are funny,” then it’s equally true that words with a u are ugly”including, appropriately enough, the word “ugly.” What can I say? Words are my business.)