These are Real “High Crimes” 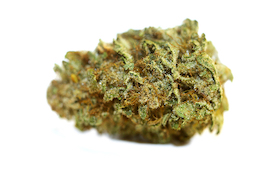 Contrary to the image of potheads as peaceful stoners, “cannabis-dependent psychotic patients were four times as likely to be violent,” Alex Berenson writes in his magnificent new book, Tell Your Children: The Truth About Marijuana, Mental Illness, and Violence. “No other factor was nearly as important. Alcohol use, which was common among the patients, made no difference.”

So where are all the marijuana-induced murders?

As Berenson says, they’re hiding in plain sight. But until you’re told about the cannabis-psychosis link, you don’t even notice. Crime reporters don’t want to look uncool by asking about the perp’s marijuana use, and, inasmuch as being high isn’t a legal defense, neither prosecutors nor defense lawyers have an incentive to request that suspects be tested for pot.

At the end of his book, Berenson runs through a slew of depraved murders, inexplicably gruesome — until you find out the perpetrators were high on marijuana. None of these were reported as cannabis-induced homicides.

In 2016, 35-year-old comic book artist and screenwriter Blake Leibel scalped his girlfriend, stripping her skull to the bone, drained her body of blood, then hid out in their West Hollywood condo with her desiccated corpse for more than a week. Only after the girlfriend’s mother tricked the police into knocking down the door did they discover the grisly scene.

The girlfriend had complained to her mother that Blake smoked “huge” amounts of marijuana.

In 2017, Dean Lowe, a 32-year-old cannabis dealer in Cornwall, England, beat his girlfriend to death, chopped her body into tiny pieces and made a necklace of her teeth. Like Leibel, Lowe lived with her remains in their apartment for eight days, disposing of her body parts, bit by bit, by flushing them down the toilet and leaving the rest for the garbage collector.

The murder was discovered months later, after Lowe texted a cousin, saying, “Either I’m getting set up or I’ve murdered (my girlfriend). I had a blackout, hazy memory and woke up with a body on the floor. I am scared so I just got rid.”

Lowe had long boasted that he was “the biggest stoner in the world.”

In December 2017, William T. Jones Jr. walked up to a complete stranger, 21-year-old Jared Plesec, a Salvation Army volunteer in Cleveland, and shot him in the head. Jones then hysterically raged for a solid four minutes — captured on Facebook Live by a passerby — screaming “F*ck Trump!” and “They’re going to kill us all!”

Over the next hour, he rampaged through Cleveland, shooting at people and committing several carjackings before finally being captured by the police.

Jones had never been diagnosed with any mental illness.Blood samples taken after his arrest showed the presence of only one drug: marijuana.

“Blood samples taken after his arrest showed the presence of only one drug: marijuana.”

Just last week in Ventura County, California, a preliminary hearing was held in the case of Bryn Spejcher, an employed, well-educated 28-year-old with no criminal record or history of mental illness. She stands accused of stabbing her boyfriend to death — after smoking pot for the first time.

On May 28, 2018, police arrived at Chad O’Melia’s apartment around 1 a.m. to find Bryn kneeling over his lifeless body. As soon as Bryn saw the deputies, she took the 8-inch serrated knife she was holding and stabbed herself in the neck.

The coroner testified that Chad had been stabbed 108 times, from his head to his knees, cutting his trachea, jugular vein and carotid artery and perforating his heart twice. Bryn’s Siberian husky had also been stabbed.

Bryn told police she’d never smoked pot before and wanted to try it, but when she felt nothing, Chad said he’d give her something more “intense.” After one puff from the bong, she said she felt like she was dying, ran to the bathroom, then back to Chad and began frantically stabbing him because voices were telling her to keep fighting to stay alive.

The Los Angeles Times has yet to mention this case.

Last Sunday’s New York Times magazine featured a story by Wil Hylton about how his cousin tried to murder him for absolutely no reason a few years ago. Hylton blamed toxic masculinity: “the conventions of male identity were toxic … Masculinity is a religion.”

There was a rather more obvious explanation screaming out from his story:

— Hylton’s repeated mentions of his cousin’s pot smoking, e.g.: “He always wanted to smoke a bowl”;

— The cousin was apparently thrown out of the military for selling hashish; and

— The reason his cousin beat Hylton to a bloody pulp in the middle of a child’s birthday party was that … he was hearing voices no one else could hear.

Times readers filled the “Comments” page with indignation at toxic masculinity, but one, a Toronto psychiatrist, wrote: “The article doesn’t mention that his cousin’s regular marijuana use could be one possible cause of his paranoid hallucinations.”

Finally, you may have seen the story about a quintuple-homicide near Baton Rouge, Louisiana, earlier this year. Around 8 a.m. on a Saturday in January, 21-year-old Dakota Theriot is accused of fatally shooting his girlfriend, his girlfriend’s father and brother, then driving to his parents’ house, where he killed them, too. (His father lived long enough to identify his son as the killer.)

Perhaps Theriot is just a run-of-the-mill schizophrenic. But I happened to notice that his only prior arrests were for: possession of drug paraphernalia and possession of marijuana.