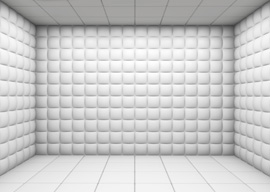 The backlash on display shows just how off-kilter and, dare I say, selfish the progressive mind really is. When the world doesn”t comport to the leftist vision of unending progress, liberals grouse, harangue, and bully others into compliance. “The arc of the moral universe is long, and those who disagree with me should be impaled on it,” snarked Michael Brendan Dougherty, summing up the “wrong side of history” ethos of impassioned lefties.

That a crude, norm-defying man like Trump beat out the comfortable, coddling Hillary Clinton is such an affront to liberal ideology that someone threatening suicide over an electoral lost is no longer unthinkable. It’s the logical conclusion of a philosophy that, in the words of Polish philosopher Ryszard Legutko, “takes a rather thin view of man.” If politics is all that exists, there’s no need to exist when yours is on the outs.

All this goes to show the pathetic caricature liberalism has created of itself. What would be an outrageously made-up story in normal times is entirely plausible today. Here’s a smattering of other crazed liberals self-destructing in reaction to President Trump: an Ohio man setting himself on fire; full-scale rioting in the streets of blue states; the fabrication of hate crimes; proclamations about the impending apocalypse; harassment over pro-Trump apparel. These incidents and more prove that liberalism might actually be a mental disorder.

Some liberals have taken notice of the lunacy and are beginning to see the light. Writing in The New Republic, Eric Sasson urges his fellow progressives to not devolve into “outrage porn” when pontificating on Trump. “It is painfully clear that all our outrage didn”t work,” he writes, in a rare moment of introspection.

Sadly, the sentiment isn”t shared. Instead of learning from defeat, Hillary backers plan on being a loudmouthed wrench in the cogs of the Trump administration.

There is a bright side to these self-defeating acts of passion: Should they keep up, Trump will be sure to skate to reelection, unimpeded. “I am inclined to follow the course suggested by a friend of mine who says that he has always followed the rule never to murder a man who is committing suicide,” wrote progressive president Woodrow Wilson to a friend. It’s nice how Wilson’s sage advice can now be used to run out the clock on liberalism’s fading respectability.