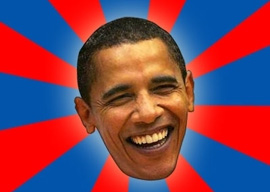 They can be grasped conceptually in a hundred ways, yet they cannot be named. Take, for example, the 2002 B flick They, about a young woman haunted by demons who invade her dreams, then her days, and eventually rape and devour her. Perfect. Or take They Live, a 1988 B movie in which aliens from outer space control American society through signals multiplexed into television broadcasts. Couldn’t get closer. But if you try to name them directly and exhaustively, you will miss.

Before one attempts a taxonomy of They, one needs to construct a typology. A moth collector’s skills are required, not those of a propagandist. One begins by assembling a large and varied number of specimens. Then the sorting-out begins, each to its own kind in a separate bin according to observable common characteristics. Here, we are still running after specimens with a butterfly net.

They say we must reverse “moral collapse” after 65 years of debauching, debasing, spoiling, indulging, decivilizing, secularizing, pornifying, Negroizing, yobbizing, chavifying, and inciting the British lower class in its dysfunctions.

“They are driving this civilization off the cliff.”

They, who so prided themselves on their tolerance to imported barbarians and taxed themselves to support the barbarians, now are told by the barbarians, “One dog less” when they die. Alas, They who were demented enough to saddle Europe with 50-million-plus barbarians blabbering of some long-ago desert brigand, deserve the contempt.

They, at the BBC—once the world standard of excellence in broadcast media—now add “p.b.u.h.” (peace be upon him) after each mention of Muhammad, refer to feral thugs burning and looting Britain as “protesters,” promote an insane, unmixable concoction of multiculti-GLBT-Islam-socialist-Afrocentric-feminosupremacist twaddle and admit cheerfully they are biased on religion and politics. They are not bothered by small technicalities such as their own fate when the “protesters” reach the BBC Broadcasting House or when Muslims set British policy on GLBT or when the feminosupremacists have to make their way through throngs of Pashtun males imported upon the Beeb’s recommendation.

They, at any other broadcast, cable/satellite, newspaper, magazine, book-publishing, or theatrical-film battalion in the Snatchers’ MSM Assault Brigade, get their brain signal from the same source the BBC does. They even sell Obama merchandise in the CBS News’ online store and will release an Obama-slew-Osama movie just before the 2012 election.

They kneel in African stadia in chains or on American streets to beg forgiveness for black slavery, oblivious to the assertive swagger of the Religion of Peace whose adherents have harvested a much greater and more cruel slaving crop, both in Africa and in Europe.

They forbid IQ testing of black students and ring the great larum-bell because “only” 16% of grant applications by black researchers are funded, compared with 29% from white ones. Either path to excellence in science is highly promising for China.

Speaking of China, They use supercomputer components supplied by Huawei Technologies to perform simulated flight tests for next-generation US military aircraft and spacecraft and have given China’s Hutchison Whampoa a no-bid contract to scan American import cargo for nukes. America’s “best and brightest” are doing this.

They sue coffeehouses for refusing to employ dwarfs as baristas, notwithstanding the fact that espresso-machine controls are perched four-and-a-half feet from the ground. They sue trucking companies for refusing to employ alcoholics as truck drivers. They sue police or fire departments that don’t have “enough” of what is, to them, a sufficiently dark skin-color palette.

They rig the rules of the game so that tattooed morons can find enough degenerates onto whom to offload their glottal discharges to amass a $100 million fortune in ten years—which only ranks #4 on Forbes’s richest rappers list. Morons’ idol moron celebrates the American Dream with heartfelt paeans such as, “Summertime, white Porsche Carrera is milky/I’m on the grind, let my paper stack but I’m filthy/It’s funny how niggaz get to screw-facin’ at me.” At the same time Their rules consign people such as Samuel Francis to death by boycott, economic deprivation, and a broken heart.