They’ll Snuff Your Life to End Their “Stigma” 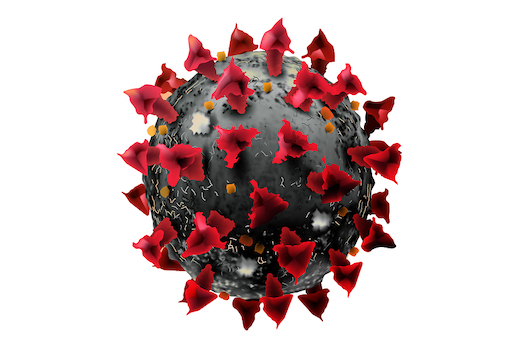 “Stop the coronavirus stigma now!” So screamed the so-called “science” journal Nature on April 7. COVID-19 must not be “associated with Wuhan or China.” Even though COVID is the product of uniquely Chinese customs and practices, and even though COVID only occurred because the Chinese didn’t curb those customs and practices after they gave the world SARS, we must never “associate” COVID with China, because doing so might “stigmatize” the Chinese.

We’ve been down this road before. As Peter Allen used to say, “Everything old is new again.” And speaking of AIDS, we can look to that particular pandemic for an instructive example of what happens when scientists, in league with “identity” advocates, abrogate their responsibilities and put innocent people at risk, prioritizing the fight against stigma over the fight against death.

July 27, 1982, is a date that does not live in infamy. Which is too bad, because something happened on that day that would lead to the loss of more American lives than 9/11 and Pearl Harbor combined. The CDC held a meeting with representatives from the NIH, the FDA, the blood banking and plasma industries, the gay community, and hemophilia advocacy organizations. The baffling new disease sometimes referred to as the “gay cancer” was apparently blood-borne, CDC officials announced to the group, and people other than homosexual men were becoming infected via blood transfusions and hemophilia clotting treatments. The nation’s blood supply was tainted; all Americans were at risk.

The CDC had an urgent recommendation: “Gay cancer” carrier groups—namely gay men—should be prohibited from donating blood, at least until a test could be designed to screen the blood supply (no such test existed yet). The officials asked for assistance in implementing the ban.

B.L. Evatt, then director of the CDC’s Division of Hematology, recalls how that request was received:

Rather than expressing alarm at a possible blood-borne infection and suggesting ways to reduce a blood-borne risk, the audience expressed an almost universal reluctance to act. The scientific community had yet to see published evidence that the syndrome was indeed an infectious disease, let alone blood borne and sexually transmitted. Homosexuals were major blood donors in the large cities on the east and west coasts. It was thought that singling out homosexuals for exclusion would unnecessarily stigmatize them without evidence that they were indeed transmitting the disease. The blood industry, threatened by losing a large donor pool, strongly supported the position of the gay groups on this issue.

“Members of a perpetually offended identity group saw greater danger in a word than they saw in a fatal disease.”

According to Evatt, the only thing that was resolved on that sweltering July day was that everyone agreed to start using the term “AIDS” (as opposed to “gay cancer”) because “the new name facilitated an expansion of investigations beyond that of solely a homosexual problem.”

This deserves to be restated: Gay organizations were informed of a disaster in the making, one that could kill significant numbers of people. They were told that gays were contributing to this disaster by donating blood, and they were asked to make a minuscule sacrifice to save human lives. And the gay organizations responded in unison, “No, because we’re more concerned about ‘stigma’ than we are about saving thousands of people. Oh, and change the name of the disease so that we’re not stigmatized there, either.”

Members of a perpetually offended identity group saw greater danger in a word than they saw in a fatal disease. And hey—welcome back to 2020! As we see the Chinese, aided and abetted by leftists, journalists, and “scientists,” fret over the “stigmatizing” name of the virus that originated in Wuhan due to Chinese behavior, just remember that this is nothing new. Forty years ago, gays were more concerned with a hurty virus name than they were with the disease itself.

On Jan. 4, 1983, then Assistant Secretary for Health Dr. Edward Brandt Jr., at the CDC’s urging, convened another meeting that included representatives from the American Red Cross, the American Association of Blood Banks, the pharmaceutical industry, and the National Gay Task Force (note to millennials: No one used “LGBT” back then). The intent of the meeting was to persuade those organizations to “accept the evidence as significantly supporting the case for a blood-borne infection and produce recommendations that high-risk groups be excluded from the donor pool.”

The CDC’s Evatt described that day as “possibly the most discouraging and frustrating day of the epidemic for CDC staff. Rather than a rational discussion of the data, the meeting quickly became a forum to advance individual agendas and turf protection.” Instead of heeding the CDC’s warning and listening to the evidence, the attendees instead “issued a joint statement restating their opposition to donor screening using questions regarding sexual preference.” That Jan. 13 joint statement condemned the CDC for exerting “considerable pressure on the blood banking community to restrict blood donation by gay males.”

One of the participants in the ill-fated Jan. 4 meeting was immunologist Dr. Roger Enlow. Enlow haughtily informed the Philadelphia Inquirer that he had gone to the meeting not just as a “scientist,” but as a proud gay man, a “representative of the gay community.” And he had attended with an agenda: to “keep the homosexuals from being stigmatized.” He waged all-out war against any attempts to ban gay men from giving blood, because the ban “reminded him of the days when blood banks used to reject donations from blacks.”

Yes, this “gay man first, doctor second” literally equated actual science (rejecting blood donations from an identified risk group with a high prevalence of a blood-borne disease) with pseudoscience (rejecting “black blood”) in order to ensure that hemophiliacs and transfusion recipients were not protected from AIDS.

Note the irony that the Red Cross was willing to ban the victims of gay-donated blood—hemophiliacs—but not the gays who donated the tainted blood that infected them.

For his part, italicized all-caps GAY Dr. Enlow would go on to become director of the Office of Gay and Lesbian Health, New York City Health Department, where he continued to fight the “stigmatization” of gays by attacking medical research that demonstrated how “rectal trauma” caused by anal sex was a prime factor in the transmission of AIDS. This “scientist” who rejected the science behind blood-donor screening also rejected the science behind AIDS transmission and rectal trauma. Because, as he so often noted, he was not just a scientist but a “representative of the gay community,” and that came first.

These psychopaths—and there’s no other word to use—take great glee when a group-specific malady finally makes inroads into the population at large. Gays cheered when AIDS was no longer a “gay disease,” even as they buried their history of helping to bring that situation about (the number of hemophiliacs and transfusion recipients who died of AIDS in the U.S. due to tainted blood is calculated to be in the tens of thousands, and that’s not counting the deaths of those who were infected by transfusion recipients and hemophiliacs who were unaware of their infection).

And today the Chinese and their leftist allies are doing everything possible to rebrand COVID as the “Europe” disease or the “Trump” disease or the “world’s” disease, regardless of the fact that it began due to uniquely Chinese actions and spread due to the lies and cover-ups of the Chinese government.

And with COVID now a truly global concern, the whitewashing will come next, with the goal that, eventually, the facts about COVID and the identities of those who caused it and spread it will be as little-known and long-forgotten as that CDC meeting in 1982.

Think that kind of memory-holing isn’t possible? Don’t kid yourself. Most people will want to move on after COVID. The Chinese and their allies will expend way more energy erasing the truth than you’ll expend remembering it.

Until the only ones left “stigmatized” are those of us with long memories.