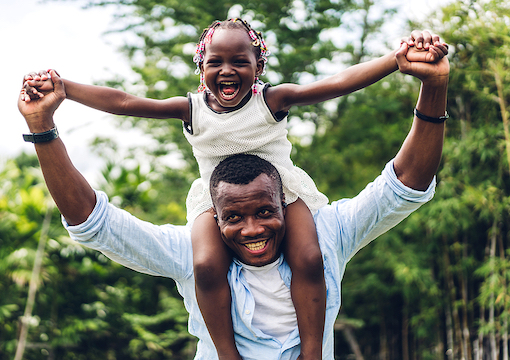 Whether true or not, the left has decided that black people are as easy to play as Donald Trump. While frantically replacing African Americans with immigrants, they announce: “Replacement” is a white supremacy theory! Pay no attention to the Latino immigrants doing construction and Indian immigrants getting all the “diversity” jobs.

Employers in need of cheap labor lost slavery, Jim Crow and, finally, with the 1964 Civil Rights Act, the ability to legally discriminate against African Americans. So they turned around and, one year later — just as black Americans were poised to move into the middle class en masse — began dumping low-skilled workers on the country with Teddy Kennedy’s 1965 immigration act.

For the past quarter-century, black academics, intellectuals and activists have been screaming from the rooftops about the devastating impact of mass third world immigration on African Americans.

“No matter what you say or do, no matter what I say or do, the Anti-Defamation League just needs to call us “white supremacists,” and 90% of black people will line up to vote for the Democrats.”

Civil rights hero Barbara Jordan, appointed by President Bill Clinton to head the U.S. Commission on Immigration Reform, thunderously concluded that there is “no national interest in continuing to import lesser-skilled and unskilled workers to compete in the most vulnerable parts of our labor force. Many American workers do not have adequate job prospects. We should make their task easier to find employment, not harder.”

Black workers didn’t need to wait for the reports. In 2006, black day laborer John Henry Ford was interviewed by The Washington Post while he was standing on a street corner in Washington, D.C., looking for work amid a crowd of Hispanics. His verdict: “They came over here, in a sense, to replace us.”

You bet they did! If you doubt me, bring up immigration with any doyenne of the upper crust, sit back and wait for the heartfelt speech about her landscaper — so cheerful, so hardworking, so willing to “do the jobs Americans just won’t do!”

Who do you imagine she’s talking about?

This is why my idea for a dystopian movie would be about rich liberals using the BLM-induced murder spike (mostly black men getting killed) in combination with mass immigration (lots of hardworking Latinos coming in) as a long-term plan to replace blacks with Mexicans.

African Americans aren’t just being replaced at the construction site and meat-packing plant. Oh, no. Their political power has been replaced by immigrants, too.

Say, whatever happened to that Barbara Jordan report? At Clinton’s request, this civil rights icon led a commission that studied immigration’s impact. She issued the group’s conclusion in a cri de coeur about how immigration was crushing black people — who, again, vote nearly monolithically for the Democrats.

Indeed, the entire story of black people in America from slavery to civil rights has been replaced in toto by the “diversity” regime. Don’t look now, but Hispanics, Asians and Muslims are filling all the “diversity” slots in corporations, universities and the media. You know, to make up for the legacy of — WHAT ON EARTH? WE DID NOTHING TO YOU!

None descendants of American slaves. (And to really make up for slavery, there’s MSNBC host Alicia Menendez, a third-generation Cuban, whose father is a U.S. senator.)

Wow, have you guys been replaced! So has the white working class and increasingly, the white middle class. But nothing like the industrial-scale replacement of black Americans.

I say this without the tiniest sliver of hope that historic black America will ever notice that the Democratic Party is screwing them six ways from Sunday. In fact, the next mass shooting could be me at a fancy Republican dinner party when the moneybags start talking about the millions of dollars they’re giving to Sen. Tim Scott. He’s got a plan to win the black vote!

Oh, give it up, Republicans. It’s not going to happen. I know it, the Democrats know it, and every single breathing mammal knows it — except GOP donors and their moron consultants. No matter what you say or do, no matter what I say or do, the Anti-Defamation League just needs to call us “white supremacists,” and 90% of black people will line up to vote for the Democrats.

(Hey, anybody else remember all the GOP donors and television commentators boasting in 2020 that Trump was going to win 30% of the black vote? Final tally: 92% for Biden; 8% for Trump. I won a thousand-dollar bet with one of those wealthy Republican donors, which I’ve been too polite to mention. Maybe she’ll read this.)

I say all this not to join the chorus of white Republicans futilely sucking up to black people, but for only one reason: It’s true. To the extent that anyone’s being replaced, it’s you, black Americans.